I was somewhat amused to read the “editorial comment” of a chareidi publication in response to the Yerushalayim resident – a member of the so-called “Neturei Karta” group – who was charged with offering himself as a spy to the Iranian government.

The man had contacted the Iranian government and offered his services as a spy back in January 2011, when he visited the Iranian embassy in Berlin. The man said at the time that he aims to replace the current Israeli government with one controlled by non-Jews and then offered the Iranians to gather information about Israel for them.

The editorial showed to me, called “Remove Your Disguise,” referred to the “fringe group Neturei Karta,” stating that there is no point to appeal to the conscience of those who have shown to have no conscience, and that the truly tragic part of all this is that these men insist on dressing like and claiming to be religious Jews. The editorial goes on to state that they and they actions have been condemned by chareidi leadership for decades, and since they repeatedly express disdain for daas Torah, it is impossible for chareidi Jewry to stop them from being mechalel Sheim Shomayim.

With all due respect, I believe a few points are in order.

If a group of thieves, abusers or murderers were roaming our streets, we wouldn’t be writing about “fringe groups” posing a danger to us. We would call them what they are – dangerous, villainous, wicked people.

Secondly, true, there is no point to appeal to the conscience of those who have shown to have no conscience, but the truly tragic part of all this is not merely that these men insist on dressing like and claiming to be religious Jews. The tragic part is that our response to these crazies has not been as strong as it should be. In fact, I will make a statement that may not sit well with some people, but as long as we allow some “chareidim” to disgrace gedolei hador whose view of Eretz Yisroel and the proper approach in dealing with the State of Israel is different than theirs, we are allowing the breeding of extremism.

I once entered a bais medrash (name and location are not important) and saw a sign on the wall that shook me to my core. That someone could write such disgusting words about my manhig, about my Torah leader, was one thing to swallow. But that no one else tore down the sign was even more painful to me.

If we allow this type of disgusting behavior to go on, then let us not be surprised when the extremism reaches levels that were previously unthinkable. If we tolerate the teaching of such hatred, or curriculums that seem to tolerate and feed into such ideologies, then we are at fault for allowing this form of rodef to be grown, nurtured and raised in our communities. (I understand that the man convicted of offering to spy for Iran recently became religious and was not raised in this environment. My point is being made on a more general level.)

So no, the true tragedy is not that the people who have hijacked the Neturei Karta name are dressing like and claiming to be religious Jews. The tragedy is that we allow them to live where they do and walk our streets.

I am not advocating violence, but somehow, when we need to, we know how to protect our turf and maintain the purity of our communities. We should be doing no less when it comes to these dangerous – yes, dangerous, not just crazy – radicals, rather than editorializing how, “Oh my. We can’t do anything about it because they won’t listen to daas Torah.”

If they were missionaries, we would expunge them.

If they were thieves, we would drive them out.

If they were spreading immorality, we would do everything in our power to drive them from our midst. In this case, we should be doing no less.

In the past, some people said, “They are small. They are insignificant. Ignore them.” Whether that was the right approach at any time is debatable. But it is clearly not a viable approach at the current time. And no, it is not “impossible for chareidi Jewry to stop them from being mechalel Sheim Shomayim.” It is possible – if we want to.

And when they go to meet with politicians and they hold rallies, we should be right there, on their tail, hunting them down, drowning them out and letting the media know who and what they are. Somehow, whenever they are given a news reporter’s microphone, there is no one in sight to respond to their claims and expose them for the charlatans they are.

Let’s stop making nice, shaking our heads or laughing it off. Let’s stop with pointless commentary that does nothing but regurgitate the same rhetoric about how sad it is that these fools are wearing Chassidic garb and how if only they’d “remove their disguise” all would be well. 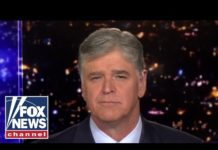 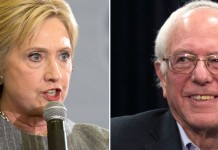