President Barack Obama is “in over his head” when it comes to tackling the country’s economic troubles, House Majority Leader Eric Cantor said today.

The president has not run a business or created jobs and has proven himself ill-suited to put the economy back on track, the Virginia Republican said in a midday interview on the Wall Street Journal’s website with opinion columnist Peggy Noonan and editor James Freeman.

“I think, frankly, he’s in over his head as to what to do about this economy,” Cantor said.

At one point during negotiations on a deal to raise the debt ceiling, Cantor said that the president chose to play politics rather than working on the substance of the deal. Obama seemed “agitated” by Republicans’ opposition to any measures that might be perceived as tax increases – something that the president wanted in a deal – and, at one point, said, “Eric, don’t call my bluff,” Cantor recalled.

Though Republicans were reluctant to support a bill to raise the debt ceiling that didn’t also include plans to vote on a balanced budget amendment to the Constitution, the “prevailing sentiment” among members of the GOP was that “we didn’t want to go past Aug. 2 because of the unknown” without raising the debt ceiling.

Speaker John Boehner (R-Ohio) will be responsible for choosing the three House Republicans to join the committee that will propose ways to reduce the deficit, and Cantor said he is getting “a lot of calls and emails from members who want to serve” on the panel, including some who voted against the deal.

The committee’s “focus needs to stay on spending,” Cantor said, and not on ways to raise revenues. “Frankly, in the Biden talks, we identified between $2 and $2.3 trillion in cuts that we can pick up right off the table and put to work” in the committee.

Doing that, he said, would require Democrats agreeing not to push tax hikes or other ways to raise revenues and “against this economic news … we ought not be raising taxes.”

Cantor was caught off guard during the interview as he was asked if he had birthday wishes to send to the president, whose 50th birthday is Thursday but is celebrating with two fundraisers in Chicago on Wednesday night. “I didn’t know it’s his birthday, so I just would like to wish him a happy birthday,” he said. 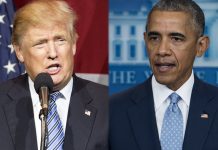