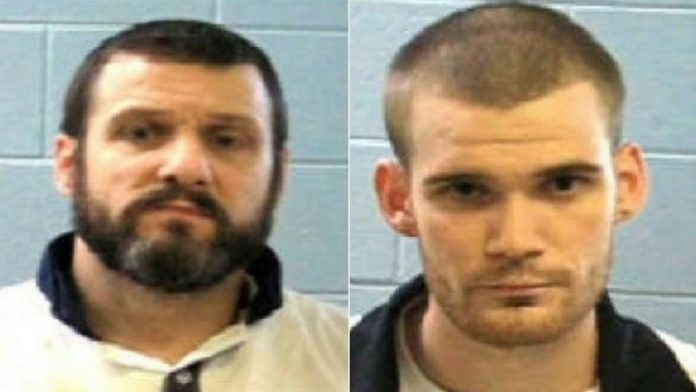 The Georgia prison inmates who had been on the run after one of them shot and killed two Georgia State correctional officers were captured in Tennessee, according to officials.

Det. Sgt. Dan Goodwin of the Rutherford County Sheriff’s Office said at around 6 p.m., officers spotted a vehicle wanted in a carjacking in Shelbyville, Tennessee. The officers who spotted the vehicle called in other units, and a pursuit of the suspects occurred on Interstate 24, with the vehicles exceeding 100 mph. Two of the Sheriff’s Office’s vehicles with deputies inside were fired upon during the pursuit.

The vehicle then crashed, and the suspects went through a wooded area where they attempted to steal another car from a home, authorities said.

Bill Miller, of the Tennessee Highway Patrol, said the inmates were captured at the home after being help at gunpoint by the homeowner, who asked for help from his neighbor who also had a firearm. The suspects were detained until the authorities arrived.

On Tuesday morning, inmates Rowe and Dubose, who were cellmates at Baldwin State Prison, overpowered two correctional officers who were driving a transport bus along Georgia State Route 16 between Eatonton and Sparta in Putnam County, about 80 miles southeast of Atlanta, according to the Putnam County Sheriff’s Office.

The prisoners breached a protective gate on the bus to reach the officers at the front of the bus, before disarming and killing them both, the sheriff’s office said. It is unclear at this time whether specifically Rowe or Dubose shot and killed the two correctional officers.