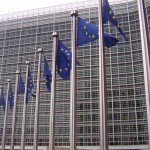 The European Union (EU) joined the United States in criticism of Israel’s plan to construct 2,610 residential units in the eastern Jerusalem neighborhood of Givat Hamatos, threatening the deterioration of EU-Israel ties.

“[The construction] represents a further highly detrimental step that undermines prospects for a two-state solution and calls into question Israel’s commitment to a peaceful negotiated settlement with the Palestinians,” the EU’s External Action Service (EEAS] said in a statement on Friday.

“We stress that the future development of relations between the EU and Israel will depend on the latter’s engagement towards a lasting peace based on a two-state solution,” the EEAS added.