In Vayikra 25:46 the Torah tells us that an Eved Knani stays an eved forever. The question arises; may a Jew eat from what was cooked by an Eved Knani? Is it bishul akum, or not? In addition, we know that it is forbidden for a Jew to cook for a Non Jew on Yom Tov. Would this ruling apply to an Eved Knani as well?

The answer to the first question would be based on a Tosfos in Avoda Zora 38a and in Tur Yoreh Deah 113. Rabbeinu Avraham ben Dovid held that bishul akum is forbidden only if the goy cooked it in his own house. In the event the goy cooked it in the Jew’s house there is no worry of chasnus (intermarriage) or that he might feed you treife food. According to Rabbeinu Avraham, a slave would not have these issues since he cooks in the master’s home. The Rabbeinu Tam disagrees with this position and says that when it came to bishul akum the Chachamim did not differentiate between the domain of the goy and the domain of a Yid. Therefore, it would stand to reason that an Eved Knani would have the same issue, no matter the location of the cooking.

The Re’Oh in Bedek Habayis says in the name of Ri bar Manoach that there is no problem with bishul akum by an eved or a shifcha. Since he owns them and they are doing the work under duress there is no problem of hischatnus (intermarriage.) The Ramban agreed to this sevara, but only b’dieved. The Rema in Shulchan Aruch Yoreh Deah 113:4 paskens like the Ramban that if the Eved already cooked the food, b’dieved one can eat it.

Regarding the second question, the Shulchan Aruch Orach Chaim 512 says one may not cook food for a goy on Yom Tov. Would the same ruling apply to an Eved Knani? The Ran in Beitzah 10b in the Rif says that there were some who allowed cooking for an Eved Knani since a person is required to feed the eved. The Ran disagrees and says that would only be according to Rabbi Akiva in Beitza 21 that says when the Torah permitted cooking; it even includes cooking for your animals. It would seem to include avadim and shefachos too. The Rif, on the other hand, paskens like Reb Yosi Haglili that it is forbidden to cook for an animal on Yom Tov. That would include an issur for avadim and shfachos also.

P.S There is available a great resource for reviewing or learning the daf and yerushalmi amud yomi you can ask to join by either texting 7185772401 or clicking this link https://chat.whatsapp.com/ICOJi1X9liuDZ9FR8wuxNoor by emailing dafbirchaschaim@gmail.com for archives of the shiur or to download it visit this link https://drive.google.com/drive/folders/1-1WKLHscMKmlXIumNqU8Aa0FePKfQlqY?usp=sharing_eip&ts=5e135c10 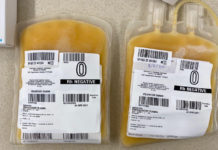 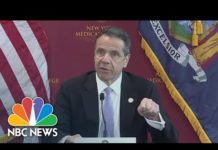