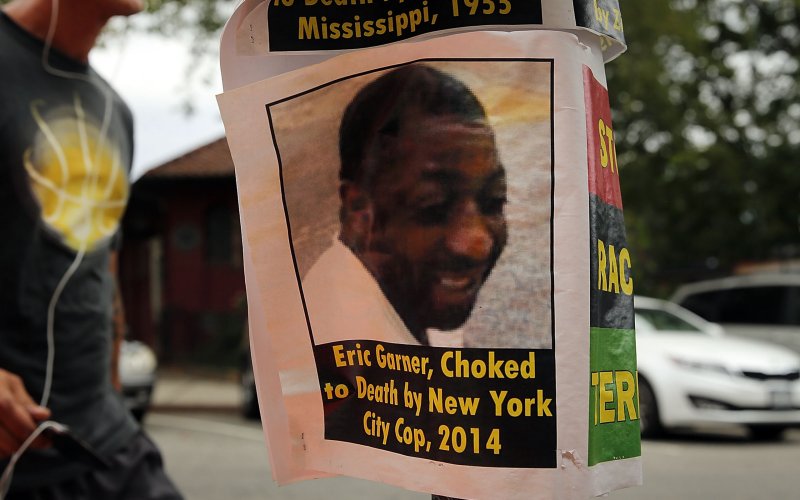 The disagreement has left the investigation in a holding pattern until one side relents or someone higher up intervenes.

At least some prosecutors in the U.S. Attorney’s Office in the Eastern District of New York feel that no civil rights charges should be brought in the case of Eric Garner, who died in 2014 after he was taken to the ground by New York City police officers. Meanwhile, the prosecutors’ counterparts in the Civil Rights Division at the Justice Department feel criminal wrongdoing should be pursued, the person said.

That disagreement, which was first reported by CNN, is unusual, as prosecutors in a U.S. Attorney’s Office are typically pushing to bring charges, while officials at the Justice Department are often more hesitant. The case demonstrates how difficult the law makes it to charge police officers with civil rights violations for questionable, on-the-job actions, and how those tasked with investigating police misconduct can come to different conclusions – even when an incident is caught on tape.

The person spoke on the condition of anonymity because those who discuss the case publicly without authorization could be disciplined. A spokeswoman for the U.S. Attorney’s Office in the Eastern District of New York declined to comment. Dena Iverson, Justice Department spokeswoman, said in a statement the investigation into Garner’s death was “active and ongoing and no decisions have been made regarding the outcome of the case.”

“The Garner investigation is being handled in a manner similar to many of our civil rights investigations, where experienced prosecutors from both the U.S. Attorney’s office and the Civil Rights Division jointly investigate the case,” she said. “In every single case the Department brings – including civil rights matters – the Department reaches one decision regarding whether charges can responsibly be brought at the conclusion of the investigation.”

The case is centered around Officer Daniel Pantaleo, who was among a group of officers that took Garner to the ground in 2014 and who appeared to have put Garner in a choke-hold. The incident, which was caught on tape, ignited protests across the country, and Garner’s gasping “I can’t breathe” became a rallying cry for those upset about the treatment of African-Americans by police.

Federal prosecutors, including at least one from the Civil Rights Division, began presenting evidence about the incident to a grand jury earlier this year, though even then, it was far from certain charges would eventually be brought. Federal prosecutors often use the grand jury as an investigative tool, and a Staten Island grand jury notably declined to bring charges in the case late in 2014.

Stuart London, Pantaleo’s attorney, said that two officers who responded to help with Garner’s apprehension had been called before the grand jury, but he was not aware that any others had. He said the grand jury process at least “seemed to have stalled,” and his client had not been called to appear before it.

“My position has always been, it was a simple street encounter. There was no specific intent to violate anyone’s civil rights,” London said. “It’s tragic and sad, but it’s very different than my client violating someone’s federally protected constitutional rights.”

But federal prosecutors decline to press charges far more frequently than they actually bring cases. A recent Pittsburgh Tribune-Review investigation found that since 1995, the feds declined to pursue civil rights allegations against law enforcement officers 96 percent of the time. For other types of crimes, they rejected only about 23 percent of complaints, the Tribune-Review found.

Substantiating civil rights charges, experts say, requires prosecutors to meet a heavy burden of proof and present evidence that might speak to an officer’s intent at the time of the incident. In the high-profile case of Darren Wilson, the white police officer shot and killed 18-year-old Michael Brown in Ferguson, Missouri, in 2014, the Justice Department found there was “no evidence upon which prosecutors can rely to disprove Wilson’s stated subjective belief that he feared for his safety.”

When the Justice Department announced earlier this week that it would not bring any charges against the officers involved in the fatal 2015 shooting of Jamar Clark in Minneapolis, officials issued a lengthy press release describing how they would have had to prove the officers acted “willfully to deprive an individual of a constitutional right” and that “the use of force was objectively unreasonable based on all of the surrounding circumstances.”

“It is not enough to show that the officer made a mistake, acted negligently, acted by accident or mistake or even exercised bad judgment,” the Justice Department wrote in the release. “Although Clark’s death is undeniably tragic, the evidence is insufficient to meet these substantial evidentiary requirements.”

The Justice Department wrote that while the physical evidence and witness statements were inconclusive, they generally supported the officers’ accounts that Clark reached for one of their guns during a scuffle.

It is unclear when – or how – the dispute over Garner’s death will be resolved, and it is possible the deputy attorney general or attorney general herself would have to weigh in. London said Pantaleo is working “desk duty,” reviewing crime analysis reports, while he waits for a resolution.

“He is frustrated, anxious, but still remaining strong knowing he committed no misconduct,” London said.