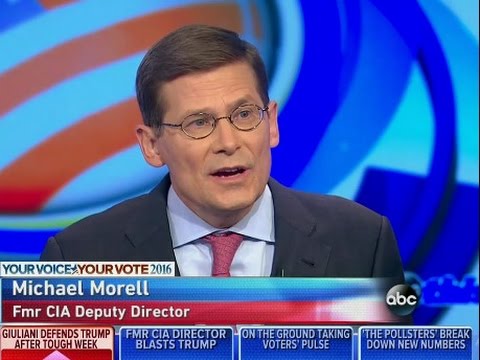 Ex-CIA acting director Michael Morell said today on ABC News’ “This Week” that Hillary Clinton’s assertion to the grieving mother of a Benghazi, Libya, victim that the deadly 2012 assault was caused by an anti-Islam video was as “true” as the fact it was a terror strike.

Morell said “the video did play a role in that attack, and Republicans don’t want people to believe that… She said [the attack] was terrorism to Chelsea [Clinton]. She said to [the families of Benghazi victims] it was the video. Those two things can both be true at the same time.