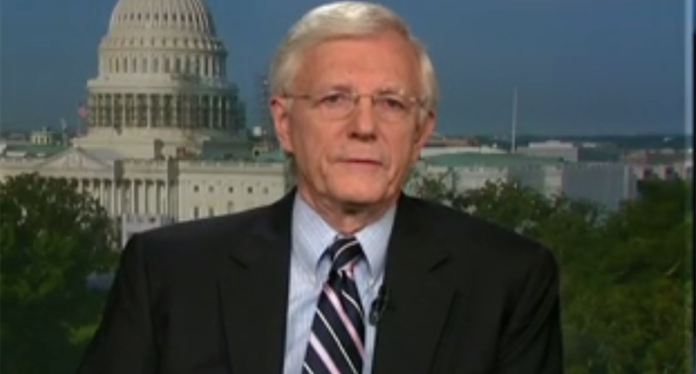 A former Republican congressman who served for nearly two decades in the House slammed President Trump on Friday as an “illegitimate president” and called for his impeachment.

“I’m calling for impeachment now because the Mueller report is out, and in it [special counsel Robert Mueller] describes 10 obstructions of justice charges that he could not bring because of a Department of Justice rule and regulation that says you can’t indict a sitting president. That’s number one,” former Rep. Tom Coleman (R-Mo.) told CNN’s Erin Burnett.

The longtime GOP lawmaker, who left the House in 1993, said his other reason for calling for the president to be removed was because Trump “welcomed help and influence” from Russians during his campaign.

“It’s wrong, and it needs to be handled and looked at by the Congress because I believe it’s an impeachable offense,” Coleman concluded.