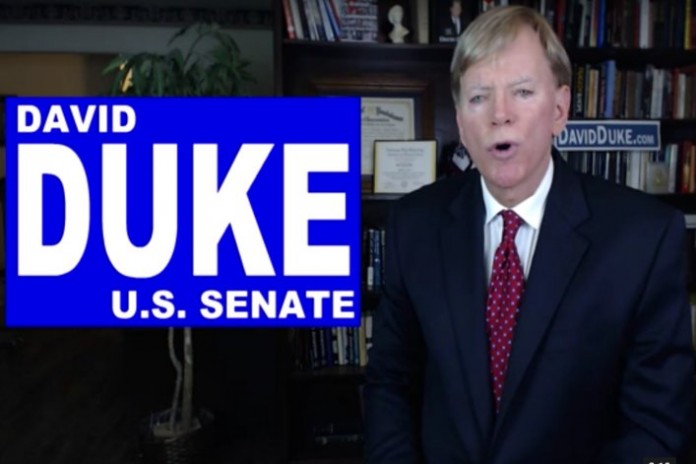 David Duke, the former leader of the Ku Klux Klan, has announced that he will run for U.S. Senate in Louisiana. “I believe in equal rights for all and respect for all Americans,” the ex-Grand Wizard said in a morning video announcement today.

“What makes me different is that I also demand respect for the rights and the heritage of European Americans.” Duke says that thousands of special interest groups stand up for the rights of African-Americans and Mexican-Americans, but none stand up for white people. “The fact is that European-Americans need at least one man in the United States Senate, one man in the United States Congress, who will defend their rights and heritage.” Read more at @DRDAVIDDUKE.