A former editor for the New York Post has sued the newspaper, saying she was fired for labeling as racist a cartoon that critics said likened President Barack Obama to a dead chimpanzee. Sandra Guzman sought unspecified damages in the discrimination lawsuit, filed yesterday in U.S. District Court in Manhattan. The lawsuit said she had worked at the newspaper as associate editor since July 2003, repeatedly receiving glowing performance evaluations.The cartoon was published in February and referred to the killing two days previously of the violent chimpanzee by Connecticut police. It depicted the carcass of the chimp and two police officers with the caption: “They’ll have to find someone else to write the next stimulus bill.” 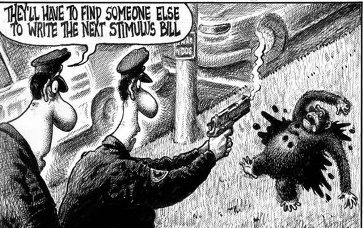 The lawsuit said Guzman was subjected to a hostile work environment in which women and minority employees were continually subjected to discrimination and hostility.

The lawsuit portrayed the Post as a nest of inappropriate comments and conduct and a place where racist comments were commonplace.

In a statement, The Post said: “This lawsuit has no merit and is based on charges that are groundless.”

According to the lawsuit, Guzman’s fate at the newspaper was set when she tearfully told a Post human resources executive that the newspaper should apologize to the public and its employees for the cartoon.

The lawsuit said Guzman was fired in September after she complained and after she received an unfair performance evaluation.

In its statement, the Post said of Guzman’s dismissal: “As previously stated, Ms. Guzman’s position was eliminated when the section she edited was discontinued due to a decline in advertising sales.”

The Post, a News Corp. subsidiary, offered a qualified apology on its Web site after the cartoon was published, and News Corp. Chairman Rupert Murdoch published a fuller apology in the newspaper. 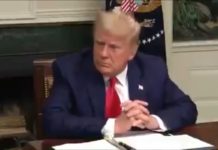