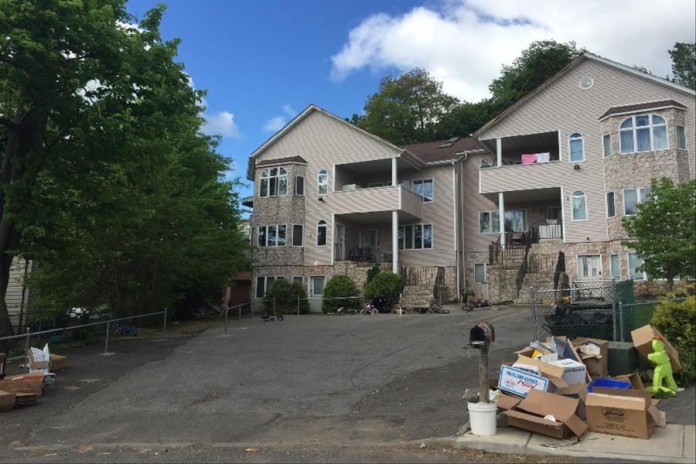 ​A new lawsuit has been filed against Viola Gardens, LLC, the owner and developer of a controversial condominium project located on Viola Road in Monsey, across from Ramapo High School, Matzav has learned.  A prior action commenced in June in Putnam County was discontinued, reportedly on procedural grounds, whereupon the new suit was filed in Rockland County this week.

The current action seeks an immediate injunction, known as a temporary restraining order, against issuing any certificates of occupancy, continuing any construction, or selling any units at the project.  The developer’s contractor and the Town of Ramapo’s Chief Building Inspector, Anthony Mallia, were also named in the action.

The prior lawsuit led to the developer admitting that he erred in submitting documents to the NY State Attorney General stating that the approved single-family units were being marketed for multi-family use, although his attorney stated that this error was merely a “drafting mistake.”  The developer further offered buyers an opportunity to back out of their contracts due to the error, but it is unclear whether he agreed to return all of their money.

However, the current litigation alleges that the developer always intended the units for multi-family use.  The lawsuit describes a meeting with neighbors of the project to discuss their concerns that twice the number of approved units were actually being built, where the developer is alleged to have “plainly admitted” that “from the very inception of the Project, he had built and intends to sell the dwelling units with accessory apartments.”  Although the developer’s approvals do not allow for accessory apartments, he “further admitted that he expects that the purchasers of these units will rent out the accessory apartments illegally ‘as is done everywhere else.’”

Besides alleging zoning violations, plaintiffs in the suit also claim that the project violates the maximum floor area ratio permitted by law, meaning that the amount of habitable space is too dense for the amount of land being developed.