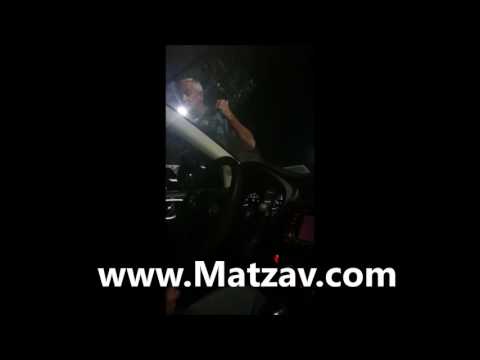 A few bochurim who were relaxing this Motzoei Shabbos at The Palisades Center Mall in West Nyack, New York, found themselves being asked by police officers to move from parking lot to parking lot without being told why.

After moving to a second parking lot, the officers once again began to harass the bochurim, claiming that the mall was closed, despite the fact that while the stores close at varying hours, the mall remains open. The mall security guard had explicitly told the bochurim that it was okay for them to remain in their cars in the mall lot – “even all night – but the officers appeared to feel otherwise.

In exclusive footage obtained by Matzav.com, at one point, an officer can be heard threatening, “The handcuffs are coming out next. I’ve got nothing better to do tonight. I’ll be glad to lock somebody up. You better leave.”

After a person in the car asked the officer why he was being forced to leave, the officer said that he was “interfering with a police operation.”

“This guy doesn’t…speak English,” said the officer, using an expletive.

One of the officers then accused the bochurim of not wearing seatbelts.

A bochur explained that they weren’t driving and the car was in park.

“Engine’s running. Keys are in the ignition,” countered the cop. “You’re operating a motor vehicle.

When a bochur referenced the officer’s comment about having nothing better to do, stating that he’s “bored,” the officer lost it and bellowed, “I am not bored! I’m busy right now and you’re getting in our way. It is time for you to leave.”

Ultimately, the bochurim decided to give up arguing and decided to leave, still having no idea why they were being chased away from the mall without reason.