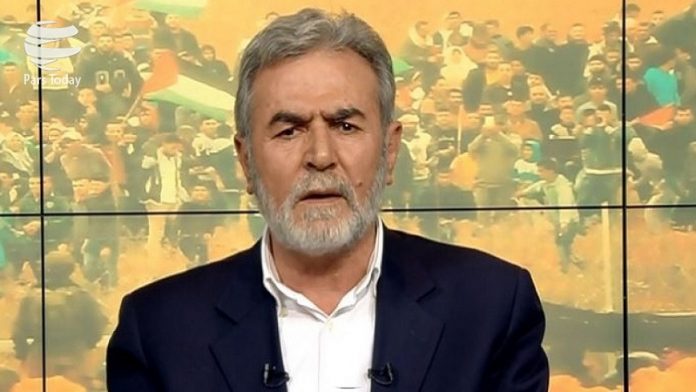 In a speech in Beirut on the occasion of the 40th anniversary of the Islamic Revolution in Iran, Ziad al-Nakhala, leader of the Islamic Jihad terrorist organization, said that the “Palestinian people” are fighting against the “Israeli occupation” better and more aggressively than in the past thanks to the Islamic Republic of Iran for their support.

“We know for a fact that the invaders (Israel -ed.) will not win even if their strength increases, because we are the owners of the land and the history,” said Nakhala, who called the Israelis “the new Nazi murderers.”

He stressed that “the Palestinian people will fight for Palestine and Al-Quds, and every day our courageous people prove that they are greater than all conspiracies, greater than injustice and greater than the murderers.”