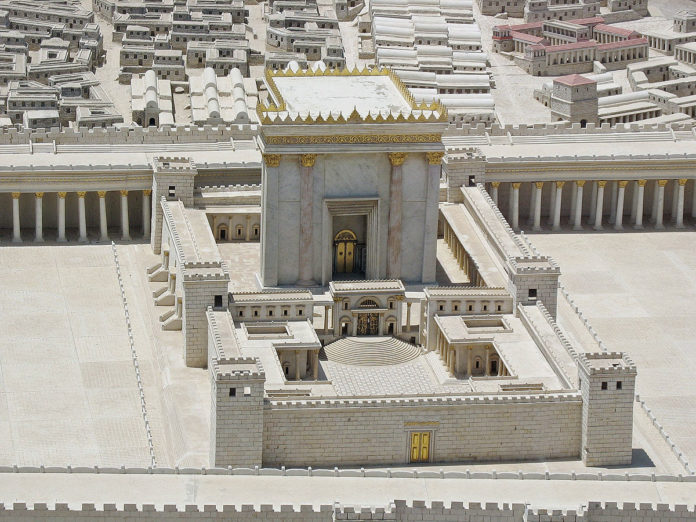 The years of archaeological excavations Israel has conducted on the Har Habayis in Yerushalayim’s Old City have yielded no proof that a Jewish Temple ever existed in the city, Palestinian Authority Prime Minister Mohammad Shtayyeh told Al Jazeera on Monday.

When asked about current tensions in Yerushalayim, Shtayyeh said that Jerusalem was at the core of the Israeli-Palestinian conflict

“Since 1967 and the occupation of the West Bank, Israel has carried out a series of excavations underneath al-Aqsa mosque which haven’t proved any connection whatsoever to the hall [Temple] or anything similar,” said Shtayyeh.

“This has failed completely,” he said, adding that “Palestinians make up 40 percent of the population of Jerusalem.”

With regard to the Temple Mount, he said, “Israel seriously wants to divide the compound in terms of space and schedules.”

When asked if he thought that Israeli Prime Minister Binyamin Netanyahu wanted an escalation in violence as a way of torpedoing Israel’s nascent unity government, Shtayyeh said, “The U.S. intervened on the Sheikh Jarrah matter and to keep the status quo in place. Jordan, Qatar and other Arab states want the Palestinian arena in general and Al-Aqsa mosque in particular to stay calm. The war in Gaza was a personal matter for Netanyahu and now he is linking Jerusalem to his personal interests because he wants to stay in power.”

“Any escalation in is Netanyahu’s interest,” said Shtayyeh, adding that as far as the Palestinians are concerned, it makes no difference who Israel’s prime minister is, because “without the establishment of a Palestinian state, the conflict will continue.”

Shtayyeh, who spoke to Al Jazeera from Qatar following a meeting with Qatari Emir Sheikh Tamim bin Hamad Al Thani, said that the two had discussed Qatari aid to the Palestinians and ways of solidifying the ceasefire between Israel and Hamas.

“The world is without question showing unprecedented support for the Palestinians. In a meeting, the director of Facebook told me that the hashtag ‘Sheikh Jarrah’ had been shared 76 million times,” he said.

The P.A. prime minister met with senior Facebook executives last month to discuss complaints that Palestinian posts were being blocked amid the conflict with Israel, Time magazine reported.

Shtayyeh also said that if Israel would allow eastern Jerusalem residents to participate in P.A. legislative elections, P.A. leader Mahmoud Abbas would set a new date for them to be held. The P.A. was pouring $140 million into the Gaza Strip each month, he said, and had renewed the payment of salaries of 25,000 government workers there.

When asked about reconciliation efforts in Cairo, Shtayyeh said he hoped the rift between Fatah and Hamas would come to an end.

“The Palestinians need to work together and not decide on a war or on peace separately,” he declared.