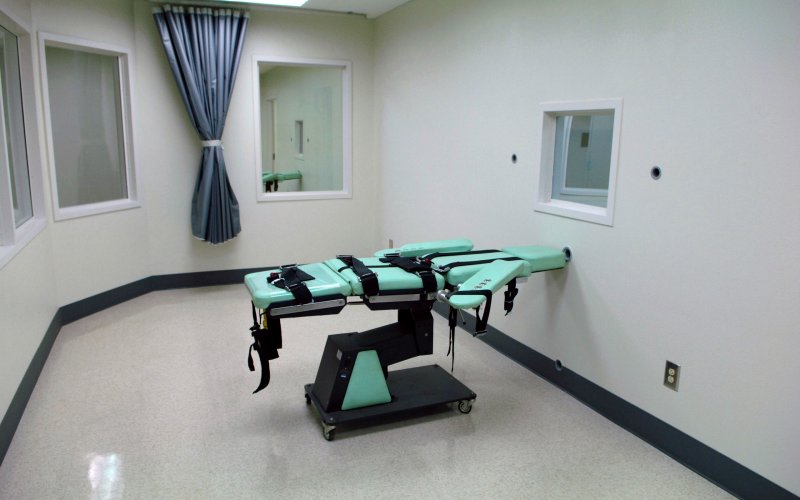 Capital punishment continued its steady decline in the United States last year, with death sentences and executions dropping to levels unseen for decades. But despite this shift, the country remains among the world’s leaders in the death penalty, putting more inmates to death in 2015 than most other nations.

The United States came in at No. 5 – again – on the list of countries that carried out executions last year, according to a new Amnesty International report released Tuesday night:

That list comes with a bit of an asterisk, of course. While the United States had more confirmed executions than Iraq (26 recorded executions), Somalia (25) and Egypt (22), Amnesty notes that it believes more executions likely took place in those countries – they just couldn’t confirm them. So while Amnesty believes Saudi Arabia carried out more than 158 executions, it could only confirm 158 executions, the report states.

Amnesty found that executions occurred in 25 countries, up from the 22 countries that executed people a year earlier, according to the report, a copy of which was reviewed by The Post before publication.

“The rise in executions last year is profoundly disturbing,” Salil Shetty, Amnesty International’s secretary general, said in a statement. “Not for the last 25 years have so many people been put to death by states around the world. In 2015 governments continued relentlessly to deprive people of their lives on the false premise that the death penalty would make us safer.”

In the United States, all 28 executions were carried out by lethal injection, which remains the primary method of execution, even as states struggle to obtain the drugs needed to execute people (and in some cases, consider turning to lethal gas, firing squads or electrocution).

At least 20,292 people worldwide were under a death sentence at the end of 2015, the report found, though this is also likely lower than the real figure. In its report, the group noted that it found at least 1,998 death sentences last year. This number – lower than previous years – was most likely due to “limitations in Amnesty International’s ability to corroborate data in a number of countries,” the report stated.

Amnesty, which is opposed to capital punishment, noted that there was movement against the death penalty in the United States, pointing to Pennsylvania’s governor suspending the practice and Nebraska lawmakers voting to abolish it (though that was put on hold until voters weigh in this November).

The organization’s report also noted that the 28 executions in the United States also stemmed, in part, from legal challenges and a shortage of lethal injection drugs. These issues caused some of the most active death-penalty states – including Florida, Oklahoma and Ohio – to halt executions for stretches of time that, in Ohio’s case, could last at least three years.

The Amnesty report had harsh words for the executions that were carried out in the United States, saying that the country “continued to use the death penalty in ways that contravene international law and standards, including on people with mental and intellectual disabilities.”

Among the cases cited by Amnesty is that of Warren Lee Hill, who was executed in Georgia despite scoring a 70 on IQ tests and arguments that he was intellectually disabled. (Two days later, Texas executed a man who scored 67 on an IQ test and had been declared mentally impaired by a doctor.) The report also highlighted the case of Cecil Clayton, an inmate missing part of his brain who was executed by Missouri in March.