It is very painful to see that there is missionary activity taking place in Eretz Yisroel. The official Catholic response to the Zionist movement (when it first began) was that this “dream” will never be realized. They argued that Eretz Yisroel is “the chosen land” set aside for “the chosen people”, and the Jews lost their special status as “the chosen people” when they rejected oso ha’ish. The establishment of the medina in 1948 clearly contradicted this claim of the church. To defend their position they “explained” that the medinah did not include the makom Hamikdash, the old city of Jerusalem, or Chevron, i.e. all of the holy locations of ancient Eretz Yisroel, and as such was not considered to be “the chosen land”. Immediately after the 1967 war, when all of these ancient holy areas were also under Jewish control, the pope proclaimed (and every year since then all of the subsequent popes have made the same statement) that Jerusalem should become “an international city.” Because Jewish control of the old city of Jerusalem is a glaring contradiction to the claim of the Church that we have forfeited our status as the am hanivchar, the Church would like control to be taken away from the Jews to defend their theological position. The church feels that their missionary activities in Eretz Yisroel will ultimately lead to the Jews accepting oso ha’ish and once again becoming “the chosen people” who rightfully rule over the holy land.

Every so often newspapers quote non-Jewish ministers claiming that they have “a covenantal connection” with the holy land. This is a repeat of their theological principle that Eretz Yisroel is “the chosen land” for “the chosen nation”, and that after the Jews rejected oso ha’ish they (the Catholics) became “the chosen nation” to whom G-d’s covenant with Avraham, Yitzchok, and Yakkov to give Eretz Yisroel to their descendants applies. How painful it is that some Orthodox rabbis also state that their “brethren” (the Catholics) have “a covenantal connection” to Eretz Yisroel. These rabbis don’t realize that by making such irresponsible statements they are playing into the hands of the avodah zarah.

These same rabbis pride themselves on educating thousands of Catholics every year in the mitzvos of the Torah. The Chumash speaks of our accepting korbanos from non-Jews (Vayikra 23-25), and the halacha speaks of non-Jews volunteering, as an eino metzuveh v’oseh, to observe additional mitzvos over and above the basic seven mitzvos required of all Noachides (see Mishnah Berurah end of siman 304 in the Biur Halacha). However, these rabbis are fundamentally mistaken in their understanding of this halacha.

We may only accept a non-Jew’s sacrifices in the Holy Temple when they are offered la’shomayim. As long as they believe in oso ha’ish and are sacrificing to him, this is outright avodah zarah, and we may not allow these sacrifices to be brought on our mizbeach. If a non-Jew is convinced of monotheism and wears a tallis and sits in a sukkah etc. as an eino metzuveh v’oseh, this is commendable. But if a non-Jew still believes in oso ha’ish and wears a tallis and sits in a sukkah as a means of identifying with that avodah zarah, this does not fall under the category of one volunteering mitzvos as an eino metzuveh v’oseh, but is rather an act of deepening his commitment to his avodah zarah. Woe unto those rabbis who are deepening and furthering avodah zarah commitments and practices.

Years ago Rav Yosef Dov Soloveitchik warned, both in his public addresses as well in his written essay (“Confrontation”) against having any such contact with the church. How shameful it is that people who claim to be “disciples” of his have “reinterpreted” his words to mean the exact opposite of what they really say, and have then added that even if at one time he did prohibit such interaction with the church, this clearly no longer applies today. To the best of my understanding, moshiach has not yet arrived and the world is still full of avodah zarah!

Achronim had a debate whether believing in the trinity constitutes avodah zarah for a Noachide or not; but for Jews there is no question that it is avodah zarah! And even for bnai Noach, Rav Solovetichik quoted in the name of his grandfather Rav Chaim that this understanding of the Remah and Shach was a shegagah she’yatz’ah milifnei hashalit and it makes no sense to distinguish between the definition of avodah zarah for a Jew and for a ben Noach.

The human desire to be mechadesh (to act as an original thinker) has misled these rabbis in Eretz Yisroel to play into the hands of avodah zarah and shemad. The words of this week’s parsha stand out clearly to teach us that in Eretz Yisroel we are required to be even more careful when dealing with the church. Time and time again the Torah warns us that in Eretz Yisroel we must not get involved with avodah zarah. Officially Hakadosh Baruch Hu is the King over Eretz Yisroel (see Mordechai to Gittin #401), and the midrashim refer to all of Eretz Yisroel as the “palace of the King”. The Ramban (end of Acharei Mos) explains that the main location for observance of all of the mitzvos is Eretz Yisroel, and one who sins there is compared to one who rebels against a king’s authority in his palace, which is a more brazen sin than sinning elsewhere(see Avnei Nezer, Yoreh Deah #454).

Apparently the sanctity of Eretz Yisroel arouses strong feelings of spirituality that one must take care to channel properly. These strong feelings can mislead even the wise to get carried away by their imagination and their desire to be original thinkers, and in turn to strengthen avodah zarah and shemad. Some rabbis have gained credibility by claiming to be disciples of Rav Soloveitchik, and then have proceeded to totally misrepresent his views on these issues of avodah zarah and shemad.

Copyright © 2012 by The TorahWeb Foundation. 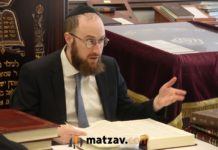 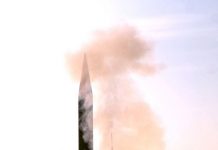