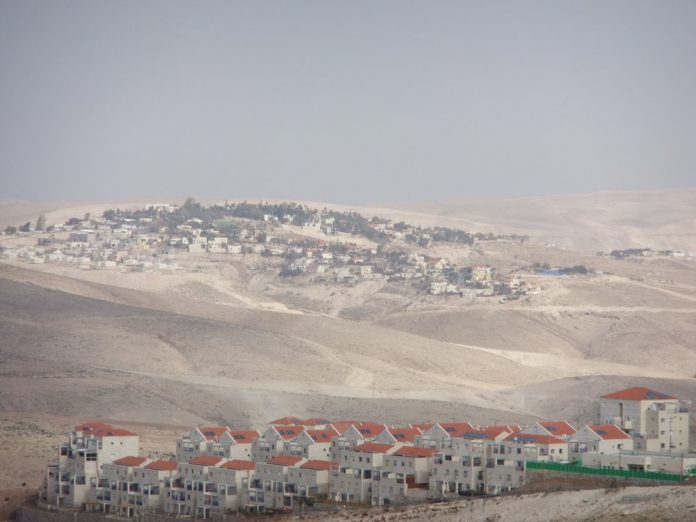 As reports and discussions rev up concerning Israel’s plan to apply sovereignty to parts of Yehuda and Shomron, as well as the Jordan Valley, concern is being increasingly raised by detractors of the plan over fears concerning potential fallout, including frayed relations with international and regional allies, an end to prospects of a two-state solution, as well as the potential of Palestinian and even larger Arab violence.

A new survey conducted by the Maagar Mochot Institute for the Samaria Regional Council and published recently found that 68 percent of Jewish respondents in Israel favor sovereignty in Yehuda and Shomron. Another recent survey, by the Israeli Voice Index, found that a full 50 percent of the public supports applying Israeli sovereignty. Notably, this survey showed that 58 percent of Israelis believe that the Palestinians will launch protests. But will they? And if so, would this affect Israel’s decision?

According to Yossi Kuperwasser, a senior intelligence and security expert, and a fellow at the Jerusalem Center for Public Affairs, the evidence suggests not.

In a recent conversation arranged by the Jerusalem Press Club, Kuperwasser noted that Israeli sovereignty in these areas “would not cause mass protest and chaos.”

“The Arab world, including Jordan, will make some noise,” he said, “but they will not do much beyond that because they will not risk their relationship with Israel or this U.S. administration. They also know that Israel is not going anywhere.”

Reports indicate that Jordan’s King Abdullah is refusing to take calls from Israeli Prime Minister Benjamin Netanyahu over Israel’s sovereignty plans. Last month, Abdullah also warned that such plans could lead to “massive conflict” and has purportedly threatened to cancel the peace treaty between the two nations.

Kuperwasser suggested that any negative reaction in the Arab world would be more of a formality than a reflection of the reality on the ground.

His opinion, and that of many on the right, divaricates greatly from those on the left.

In an interview on Israel’s Army Radio last week, former U.S. Ambassador to Israel Martin Indyk said that “annexation is the opposite of separation,” and that “it is driving the Zionist project off a cliff.”

He stated that “Netanyahu is supported by a president who won’t be here soon” and predicted that if the extension of sovereignty does go through as planned, “the damage to Israel’s reputation and its relationship with Arab countries will be irreplaceable.”

On a recent visit to Israel, Germany’s Foreign Minister Heiko Maas expressed his opposition to the plan. “Together with the European Union, we are of the opinion that annexation would not be compatible with international law and that is why we continue to stand by a negotiated, consensual two-state solution.”

The European Union is weighing reliability measures against Israel if it does proceed with its sovereignty plan; however, any sanctions would require an agreement of all 27 members. Greek Prime Minister Kyriakos Mitsotakis, whose country has formed a close alliance with Israel in recent years, especially over energy projects in the Eastern Mediterranean, is slated to visit the Jewish state with a large delegation to discuss annexation and other regional developments.

Nevertheless, Kuperwasser believes that statements made by Indyk and others are overblown, especially considering that the peace process initiated during the 1990s by President Bill Clinton that continued through the Bush and Obama administrations has yielded little results on the peace front.

“This is crazy,” said Kuperwasser. “What has been done until now by the cottage ‘peace industry’ has led nowhere.”

He added that while some believe that Israel extending sovereignty would be “a negative step” regarding the possibility of making peace, the opposite is true.

“I have never heard a more ridiculous argument,” he said. “The U.S. peace plan offers an opportunity to move forward. There is no peace process, and the reason is the Palestinians themselves. The Palestinian narrative rejects the idea that the Jewish people have any historical rights to this land.”

They reject that Israel has legitimate security concerns that must be met, including an Israeli presence in the Jordan Valley.

In an interview with Palestine TV, Palestinian Authority Prime Minister Mohammad Shtayyeh said if Israel were to announce sovereignty, then the Palestinians would consider declaring an independent state in all of Yehuda and Shomron with eastern Jerusalem as its capital.

‘Palestinians are being told the truth’

Efraim Inbar, president of the Jerusalem Institute for Strategy and Security, told JNS the Palestinians “may well declare a state within 1967 lines and get recognition from several Muslim and European states, despite the fact that they do not control all of the area they claim.”

However, he said, while such a declaration would “escalate tensions,” the Palestinians “are weak and dependent upon Israel,” and would not be able to sustain their own state without Israel’s assistance.

A declaration of independence by the Palestinians will not change facts on the ground, according to Inbar. “The threat of the declaration is part of their diplomatic campaign to dissuade the US and Israel from implementing the Trump peace plan, which they do not like.”

Part of that reason, according to Kuperwasser, is because it ends their years of rejectionism and removes their ability to veto movement on the peace process.

For the first time, in contrast to what Indyk and others with his opinion on the matter have been saying, “the Palestinians are being told the truth,” said Kuperwasser. The Trump administration is telling the Palestinians, “‘If you do not make a decision and continue to say no, you will pay a price.’”

“This allows the peace process to move forward,” he Kuperwasser. “Until now, the Palestinians had no incentive,” their response based on an identity that demanded a struggle against Zionism.

Trump’s plan “is the first peace proposal that is based on the understanding that the Palestinian narrative must change,” he said. “If there is enough pressure from the international community and Arab countries, then we will have a chance to achieve peace.”

While there may be minor rumblings from some Arab states, experts on the right agree that there will be no major backlash and Trump’s peace plan will be recognized as diverging from the tried-and-failed approaches to resolving the Israeli-Palestinian conflict.

“Israel is not doing anything that will harm the prospects for peace,” said Kuperwasser. “Rather, Israel is doing something that will give peace a chance. The version of peace, as former U.S. Vice President and Democrat presidential candidate Joe Biden is committed to has proven to be totally futile, and has resulted in nothing but intifadas and terror.”