As the scale of Japan’s nuclear crisis begins to come to light, experts in Japan and the United States say the country is now facing a cascade of accumulating problems that suggest that radioactive releases of steam from the crippled plants could go on for weeks or even months.

The emergency flooding of two stricken reactors with seawater and the resulting steam releases are a desperate step intended to avoid a much bigger problem: a full meltdown of the nuclear cores in two reactors at the Fukushima Daiichi Nuclear Power Station. On Monday, an explosion blew the roof off the second reactor, not damaging the core, officials said, but presumably leaking more radiation.

So far, Japanese officials have said the melting of the nuclear cores in the two plants is assumed to be “partial,” and the amount of radioactivity measured outside the plants, though twice the level Japan considers safe, has been relatively modest.

But Pentagon officials reported Sunday that helicopters flying 60 miles from the plant picked up small amounts of radioactive particulates – still being analyzed, but presumed to include cesium-137 and iodine-121 – suggesting widening environmental contamination.

In a country where memories of a nuclear horror of a different sort in the last days of World War II weigh heavily on the national psyche and national politics, the impact of continued venting of long-lasting radioactivity from the plants is hard to overstate.

Japanese reactor operators now have little choice but to periodically release radioactive steam as part of an emergency cooling process for the fuel of the stricken reactors that may continue for a year or more even after fission has stopped. The plant’s operator must constantly try to flood the reactors with seawater, then release the resulting radioactive steam into the atmosphere, several experts familiar with the design of the Daiichi facility said.

That suggests that the tens of thousands of people who have been evacuated may not be able to return to their homes for a considerable period, and that shifts in the wind could blow radioactive materials toward Japanese cities rather than out to sea.

Re-establishing normal cooling of the reactors would require restoring electric power – which was cut in the earthquake and tsunami – and now may require plant technicians working in areas that have become highly contaminated with radioactivity.

More steam releases also mean that the plume headed across the Pacific could continue to grow. On Sunday evening, the White House sought to tamp down concerns, saying that modeling done by the Nuclear Regulatory Commission had concluded that “Hawaii, Alaska, the U.S. Territories and the U.S. West Coast are not expected to experience any harmful levels of radioactivity.”

But all weekend, after a series of intense interchanges between Tokyo and Washington and the arrival of the first American nuclear experts in Japan, officials said they were beginning to get a clearer picture of what went wrong over the past three days. And as one senior official put it, “under the best scenarios, this isn’t going to end anytime soon.”

The essential problem is the definition of “off” in a nuclear reactor. When the nuclear chain reaction is stopped and the reactor shuts down, the fuel is still producing about 6 percent as much heat as it did when it was running, caused by continuing radioactivity, the release of subatomic particles and of gamma rays.

Usually when a reactor is first shut down, an electric pump pulls heated water from the vessel to a heat exchanger, and cool water from a river or ocean is brought in to draw off that heat.

But at the Japanese reactors, after losing electric power, that system could not be used. Instead the operators are dumping seawater into the vessel and letting it cool the fuel by boiling. But as it boils, pressure rises too high to pump in more water, so they have to vent the vessel to the atmosphere, and feed in more water, a procedure known as “feed and bleed.”

When the fuel was intact, the steam they were releasing had only modest amounts of radioactive material, in a nontroublesome form. With damaged fuel, that steam is getting dirtier.

Another potential concern is that some Japanese reactors (as well as some in France and Germany) run on a mixed fuel known as mox, or mixed oxide, that includes reclaimed plutonium. It is not clear whether the stricken reactors are among those, but if they are, the steam they release could be more toxic.

Christopher D. Wilson, a reactor operator and later a manager at Exelon’s Oyster Creek plant, near Toms River, N.J., said, “normally you would just re-establish electricity supply, from the on-site diesel generator or a portable one.” Portable generators have been brought into Fukushima, he said.

Fukushima was designed by General Electric, as Oyster Creek was around the same time, and the two plants are similar. The problem, he said, was that the hookup is done through electric switching equipment that is in a basement room flooded by the tsunami, he said. “Even though you have generators on site, you have to get the water out of the basement,” he said.

Another nuclear engineer with long experience in reactors of this type, who now works for a government agency, was emphatic. “To completely stop venting, they’re going to have to put some sort of equipment back in service,” he said. He asked not to be named because his agency had not authorized him to speak.

The central problem arises from a series of failures that began after the tsunami. It easily overcame the sea walls surrounding the Fukushima plant. It swamped the diesel generators, which were placed in a low-lying area, apparently because of misplaced confidence that the sea walls would protect them. At 3:41 p.m. Friday, roughly an hour after the quake and just around the time the region would have been struck by the giant waves, the generators shut down. According to Tokyo Electric Power Company, the plant switched to an emergency cooling system that operates on batteries, but these were soon depleted.

Inside the plant, according to industry executives and American experts who received briefings over the weekend, there was deep concern that spent nuclear fuel that was kept in a “cooling pond” inside one of the plants had been exposed and begun letting off potentially deadly gamma radiation. Then water levels inside the reactor cores began to fall. While estimates vary, several officials and industry experts said Sunday that the top four to nine feet of the nuclear fuel in the core and control rods appear to have been exposed to the air – a condition that that can quickly lead to melting, and ultimately to full meltdown.

At 8 p.m., just as Americans were waking up to news of the earthquake, the government declared an emergency, contradicting its earlier reassurances that there were no major problems. But the chief cabinet secretary, Yukio Edano, stressed that there had been no radiation leak.

But one was coming: Workers inside the reactors saw that levels of coolant water were dropping. They did not know how severely. “The gauges that measure the water level don’t appear to be giving accurate readings,” one American official said.

What the workers knew by Saturday morning was that cooling systems at a nearby power plant, Fukushima Daini, were also starting to fail, for many of the same reasons. And the pressure in the No. 1 reactor at Fukushima Daiichi was rising so fast that engineers knew they would have to relieve it by letting steam escape.

Shortly before 4 p.m., camera crews near the Daiichi plant captured what appears to have been an explosion at the No. 1 reactor – apparently caused by a buildup of hydrogen. It was dramatic television but not especially dangerous – except to the workers injured by the force of the blast.

The explosion was in the outer container, leaving the main reactor vessel unharmed, according to Tokyo Electric’s reports to the International Atomic Energy Agency. (The walls of the outer building blew apart, as they are designed to do, rather than allow a buildup of pressure that could damage the reactor vessel.)

But the dramatic blast was also a warning sign of what could happen inside the reactor vessel if the core was not cooled. The International Atomic Energy Agency said that “as a countermeasure to limit damage to the reactor core,” Tokyo Electric proposed injecting seawater mixed with boron – which can choke off a nuclear reaction – and it began to do that at 10:20 p.m. Saturday.

It was a desperation move: The corrosive seawater will essentially disable the 40-year-old plant; the decision to flood the core amounted to a decision to abandon the facility. But even that operation has not been easy.

To pump in the water, the Japanese have apparently tried used firefighting equipment – hardly the usual procedure. But forcing the seawater inside the containment vessel has been difficult because the pressure in the vessel has become so great.

One American official likened the process to “trying to pour water into an inflated balloon,” and said that on Sunday it was “not clear how much water they are getting in, or whether they are covering the cores.”

The problem was compounded because gauges in the reactor seemed to have been damaged in the earthquake or tsunami, making it impossible to know just how much water is in the core.

And workers at the pumping operation are presumed to be exposed to radiation; several workers, according to Japanese reports, have been treated for radiation poisoning. It is not clear how severe their exposure was. 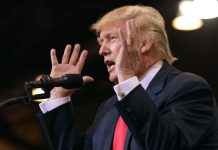 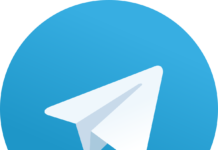