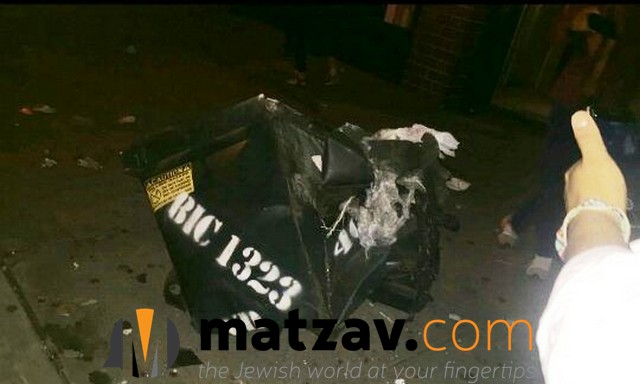 Pressure cookers and pipe bombs linked to cellphones were used in the explosions in New York and New Jersey, federal investigators say.

While officials have not connected the attacks to international terrorism, the use of pressure cookers as an explosive device has been recognized for years by counterterrorism experts because it has been touted by al-Qaida for use around the world. Similarly constructed devices have been used by terrorists in bombings around the world, from the Middle East to South Asia to North Africa.

The first pressure cooker bomb that exploded in New York on Saturday night at 23rd Street contained Tannerite, a substance that includes ammonium nitrate and is used primarily for making exploding targets for firearms practice. Tannerite is not regulated by the Bureau of Alcohol, Tobacco, Firearms and Explosives. It consists of two different components that are allowed to be legally purchased because neither one is an explosive by itself.

Common pressure cookers of the kind found at most discount stores were used in the two bombs that detonated at the Boston Marathon in 2013. In Boston, they were armed with a simple detonator and were packed with an explosive, a few handfuls of BBs, nails and pellets to cause more casualties. Investigators say the first New York explosion contained similar material.

The second explosive device found on 27th Street by passersby who called the police was also a pressure-cooker-type device with wiring, according to law enforcement officials. The device did not detonate.

About 11 hours earlier, a pipe bomb exploded in a New Jersey Shore garbage can shortly before a scheduled charity 5K race to benefit Marines and Navy sailors. Pipe bombs use a tightly sealed section of pipe to hold explosive material.

The multiple explosive devices that were later found in a backpack Sunday night in Elizabeth, New Jersey, near the train station also included pipe bombs.

New York police officials said that the pressure-cooker-type device found on 27th Street was first rendered safe at a Bronx facility. This device and materials from Seaside, New Jersey, were sent to the FBI’s lab in Quantico, Virginia, where they and the remnants of the device that exploded will be analyzed, authorities said.

Pressure cookers have also been tied to al-Qaida because the first edition of the group’s Inspire magazine in 2010 included an article teaching people how to make pressure-cooker bombs. The article was titled “Make a Bomb in the Kitchen of Your Mom.” The same issue also explained with step-by-step photographs how to assemble pipe bombs.