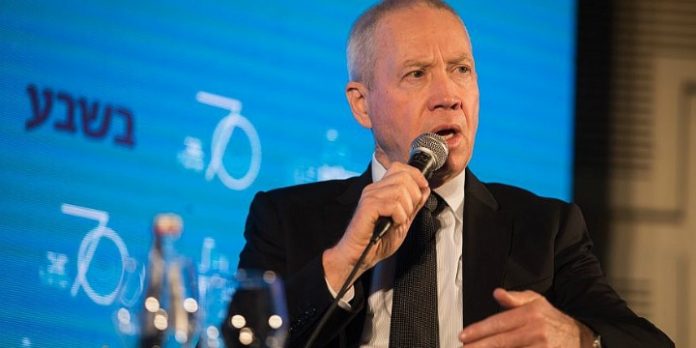 Gallant has not confirmed any political plans ahead ‎of the April 9 elections, but after months of ‎attending Likud conferences nationwide, it is ‎believed that he plans to vie for a slot on the ruling ‎party’s Knesset list.‎

Likud’s primaries have been set for Feb. 5. ‎

Kulanu insiders said that Gallant’s departure from ‎the party came as no real surprise and was a long ‎time in the making. ‎

Kulanu leader Moshe Kahlon issued a statement ‎saying, “I thank Minister Gallant for all his hard ‎work while he was part of Kulanu and wish him the ‎best of luck going forward.”‎

Kahlon has yet to suggest a candidate from his party ‎to take over for Gallant as construction and housing ‎minister. ‎ ‎

A statement by Gallant said, “In recent years, I ‎have been privileged to serve the Israeli public as ‎a minister and as a cabinet member, following 35 ‎years of military service. I see myself as ‎continuing to contribute to the State of Israel, ‎especially in the area in which I have dealt all my ‎life—the defense and security of the country and ‎its residents. ‎

‎“I would like to thank my friend, Kulanu leader and ‎Finance Minister Moshe Kahlon, and the members of ‎the Kulanu Party for the cooperation and joint ‎leadership with respect to the construction and ‎housing sector, and for their economic and social ‎activities on behalf of the Israeli public.”

Gallant’s exit from Kulanu further rattled the ‎party, which is currently experiencing a wave of ‎departures: On Tuesday, MK Rachel Azaria announced that she was leaving the party, which, she said, “has moved to the right.”

MK Eli Alaluf announced last week that he ‎would not be vying for a Knesset seat in April’s ‎elections, and MK Michael Oren, who serves as deputy ‎minister for public diplomacy in the Prime ‎Minister’s Office, also announced that he would not be ‎seeking a spot on the party’s list. ‎

Oren did not announce whether he was exiting politics. ‎Political analysts said that he may join another ‎party, perhaps the Likud.‎

Kulanu does not hold internal elections to decide its Knesset list. The roster is determined by Kahlon and the party’s executive committee.