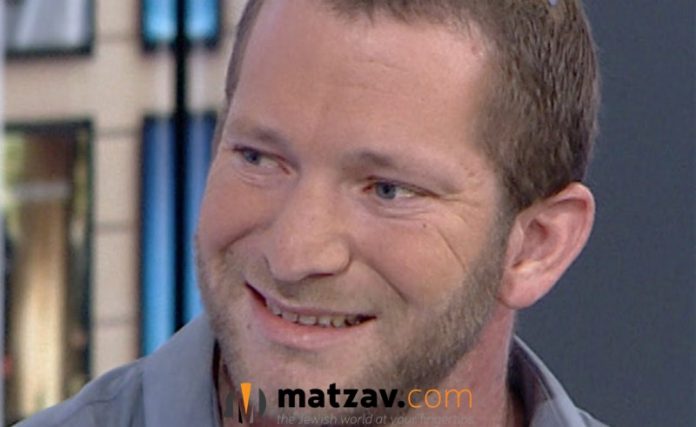 An Israeli left disabled by a terrorist in 2015 was given the ability to confront his attacker in military court last week, telling him that he failed to achieve his goal of destruction and killing.

Ohad Hertz was a paratrooper in the Israel Defense Forces when he was stabbed at a bus stop at the busy Ariel Junction in Samaria by Tamer Shawkat Ahmed Khadir three years ago.

At the hearing ahead of sentencing, Hertz told Khadir that while the attack left him with a lifelong disability, “the story does not end there, it’s just beginning. Since you tried to take me down, I’m only rising up.”

“On the day of the attack, I was on my way home from a first date with a girl who is now my wife—we have a home and a son,” Hertz told Khadir. “I have completed a master’s degree, I work in education and teach love and compassion, exactly the opposite of what you represent.”

“You wanted to destroy, sow destruction, see blood, and in the end, you lost the battle,” stated Hertz. “You coward; you ran away like a rabbit when you were done. Instead of destroying, you helped build. Instead of killing, you gave me a chance to rebuild my life. I am disabled, but alive and happier than ever before.”

“My ambition is to heal the world—just the opposite of what you stand for: murder, cruelty, hatred and evil,” he added. “I beat you! I’m alive; I’m working!”

Hertz’s attorney praised the court for refraining from handing Khadir a reduced sentence as part of a plea bargain, saying the move was in accordance with the demands of victims of Arab terror.