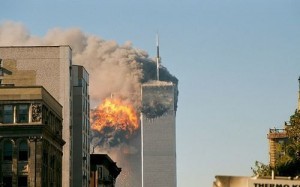 A video claiming the “Rothschilds Jewish Mafia” was behind the 9/11 bombing of the World Trade Center in New York does not violate Facebook’s “Community Standards,” The Algemeiner reports.

Text underneath the three-minute clip alleges the “Jewish mafia” ensured 7 World Trade Center was destroyed to “wipe out all evidence” of the mafia’s “many crimes,” and states as fact that the owner of the World Trade Center, Larry Silverstein, was involved in a conspiracy along with the Rothschild family to make billions off the tragic event.

The video has been viewed over 7,500 times on the social network, which is modest by Internet standards, and shared 276 times.

After the clip was reported to Facebook, the company responded that it “found [the video] doesn’t violate our Community Standards,” which protect users from “content that directly attacks people based on their: race, ethnicity, national origin, religious affiliation,” among other things.

“In general, anti-Israel and antisemitic stuff is generally not a part of the narrative” concerning conspiracy theories about 9/11, which often allege the whole attack was an inside job. Still, the video in question is “antisemitic and false.”