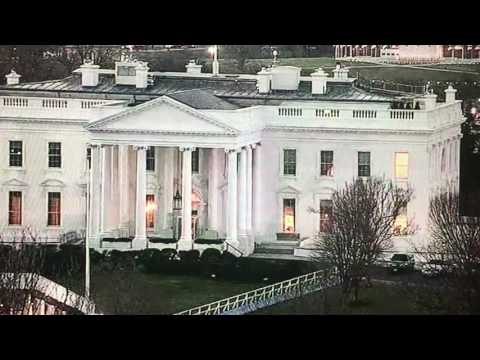 A little “TV trick” from a “Fox and Friends” episode Jan. 25 that poked fun at President Trump’s TV viewing habits is now going viral as if it were a real thing. A clip, isolated from the rest of the broadcast and posted to Twitter, appears to show the lights going off and on in the White House after the Fox News morning show’s team asks the president to send a signal if he was watching their show.

How do we know it is fake? The joke actually happened a couple of times over the course of the Wednesday broadcast of the show. In one of those moments, shortly after 6 a.m., “Fox and Friends” host Steve Doocy explains, “Okay okay, we did it. It’s a little TV trick. Please.” The viral clip embedded above also omits what happened on the show immediately after: Doocy saying that the lights are a “video effect,” and that the team was “just having a little fun.”

The on-air explanation can even be heard in some of the YouTube videos going up of the joke.

In any case, as CNN’s Brian Stelter noted, the reason the joke is so believable has to do with the fact that Trump really does watch “Fox and Friends” during the 7 a.m. hour, which is just one part of his TV viewing routine.