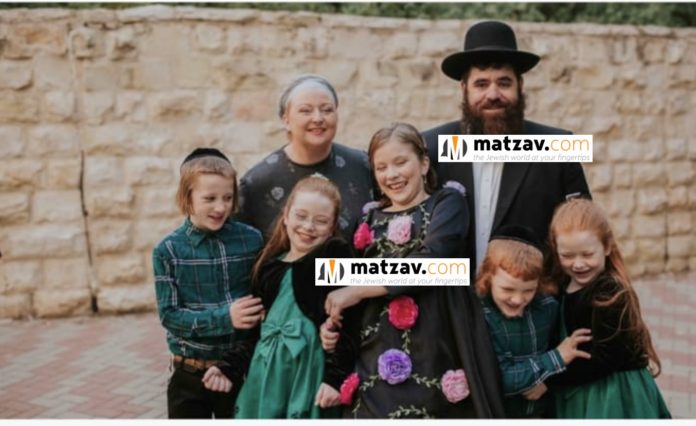 There is shock in the chareidi community in the French Hill neighborhood in Yerushalayim, asa local kohein and Sofer Stam in the area has turned out to be a gentile, a Christian missionary. His children have been studying in local educational institutions and Bais Yaakov.

The father identified himself as a kohein, wrote tefillin and mezuzos, conducted pidyon habens, and even served as mesader kiddushin at weddings. Now it turns out, this man is a gentile.

After investigations by the Bechadrei Chareidim news outlet, it became clear that the family immigrated to Israel from the United States using forged documents.

The family settled in the Yerushalayim neighborhood. Not long ago, the mother of the family fell ill, and the whole community mobilized to help. After her passing, the community even opened a dedicated charity fund, with everyone donating to the immigrant family, who didn’t have any relatives.

Following the activities of various activists, it became clear that the family is Christian. The father’s goal was to integrate into the chareidim community and spread his religion among the ultra-Orthodox.

Yoni Cayman, a resident of the neighborhood, related: “Until now, the askanim kept it a secret, because they did not want the father of the family to flee to another neighborhood and they wanted to act behind the scenes to prevent him from gaining citizenship.

“Finally, we felt that we had to reveal it to the residents and prevent him from fleeing to another neighborhood.”

Yoni related: “When asked by investigators, he admitted that he was indeed a missionary. Now we have involved various activists in order to act against the family.”

Meir Eisenstadt, another resident, reacted: “We froze the money that the charity fund has collected in order to support the family. We are in shock.”

Activists who specialize in these scams revealed that they’ve known about this fraud for six years. It turns out that the gentile studied in the past in the kollel of the mekubal Rav Benayahu Shmueli, but following a request from activists fighting his fraud, he was thrown out of the kollel. It also appears that six years ago he was questioned by experts in the field, but then claimed that he had left his missionary activity behind.

A local organization, which has been involved in this matter, said today that this is a case that they have been familiar with for many years, and according to them, “The publication of this sordid affair is now detrimental to our effort behind the scenes to deal with this case and deal with impersonation of other missionaries.”