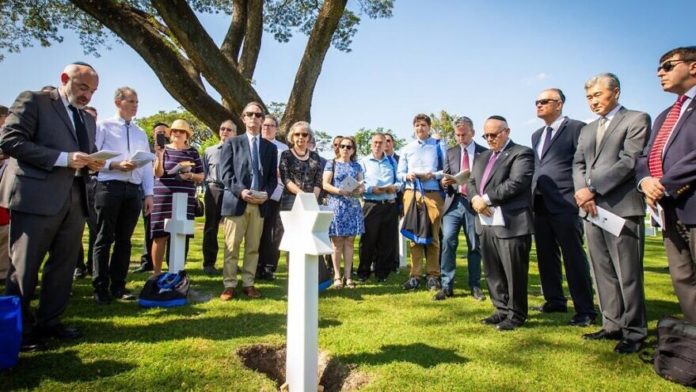 The headstones of five U.S. soldiers buried in the Manila American Cemetery and Memorial were changed on Tuesday, righting a historical wrong. In coordination with the American Battle Monuments Commission (ABMC), “Operation Benjamin” conducted a ceremony, correcting the mistaken identity and providing, 75 years later, comfort to the families of the fallen soldiers.

“Operation Benjamin” is named for Benjamin Garadetsky, a U.S. serviceman killed in 1944 during a Luftwaffe bombing of the 2nd Armored Division positions. He was laid to rest in the Normandy American Cemetery and Memorial, mistakenly buried underneath a Latin cross. The genealogy team at “Operation Benjamin” has since discovered numerous additional Jewish soldiers buried under Latin crosses, and so last year volunteers changed the headstones on the graves of the brothers Charles (buried in Normandy) and Frank (buried in the Ardennes American Cemetery in Belgium) Solomon, killed in action two months apart during World War II.

Since 2014, the volunteer organization has located Jewish personnel at American military cemeteries all over the world who, for various reasons, were buried under markers incorrectly representing their religion and heritage, and to correct these historical errors.

The organization was founded after Rabbi JJ Schacter, Steve Lamar and Shalom Lamm realized that “the math was not adding up” in Normandy, where the number of marked Jewish headstones were significantly fewer than there should have been, according to historical data on the percentage of Jewish casualties in the 1944 Invasion of Normandy.

“This started us on the quest to find the missing Jews,” Lamm told JNS.

Reasons for the incorrect marking of headstones are many, including clerical errors in “the fog of war,” a lack of technology, the default of being buried under a cross unless there was absolute certainty of Jewish faith and hesitancy on the soldiers’ part to declare themselves as Jewish out of fear of mistreatment. Additionally, soldiers would often be buried multiple times; as such, information would get lost somewhere during the process.

Correcting a historical wrong and correctly telling the story of individuals who “gave it all” during times of war—oftentimes individuals whose names have not been mentioned for 60 or 70 years—said Lamm, is a chesed shel emet (“true kindness”).

“It’s a moving experience 10 out of 10 times,” maintained Lamm. “Often, they are a distant memory, and their families don’t know much about them. So we do research and reconnect them to their families.”

In an age of increased anti-Semitism, said Lamm, it is ever more important to “show that Jews gave it all, died, bled and suffered along with their Christian brothers in the defense of democracy and freedom, and in the face of evil.”

‘American Jews made the ultimate sacrifice’

Along with 50 others, U.S. Ambassador to the Philippines Sung Kim and four out of five of the individuals’ families were present at the Feb. 11 ceremony. Those present recited Tehillim (Psalms), offered remarks and walked from grave to grave saying the Jewish mourner’s prayer for each of the soldiers.

“Today, we gathered on the sacred grounds of Manila American Cemetery to correct the historical narratives of five of our honored dead,” said William M. Matz, secretary of the ABMC, following the ceremony. “These young men left their families, the comfort of their homes and their faith communities to answer their nation’s call. While we might never know exactly how the errors to their narratives were made—whether it was the chaos of conflict, a clerical error or personal omission due to the persecution of the Jewish people by the enemy—today, we erased those errors.” 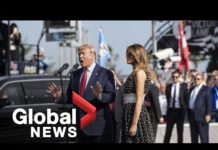