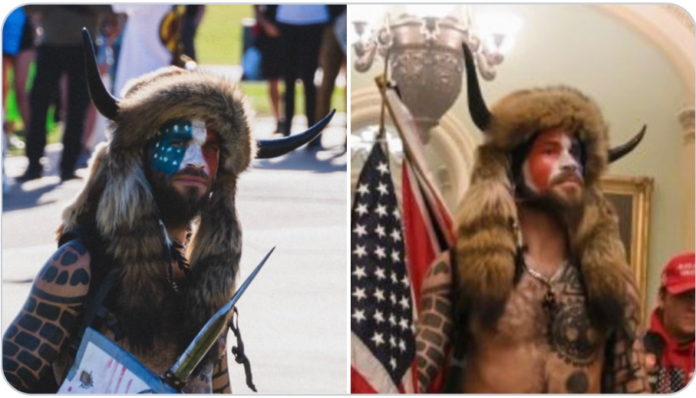 The storming of the US Capitol Building today is now being pounced upon by the left-wing media to demonize Trump supporters as violent terrorists. Yet the same media outlets described Antifa / BLM violence as “mostly peaceful,” even when those left-wing actors were hurling Molotov cocktails and wielding blinding lasers against law enforcement.

Update: We have now confirmed that the storming of the Capitol Building was initiated by left-wing provocateurs who met with Capitol Police yesterday and planned the event. A photo has emerged of the “Viking” individual who led the storming action today (shown on the right side of the photo below). This same person — wearing the same outfit and nearly identical face paint — was also reportedly spotted at a BLM rally earlier this year.