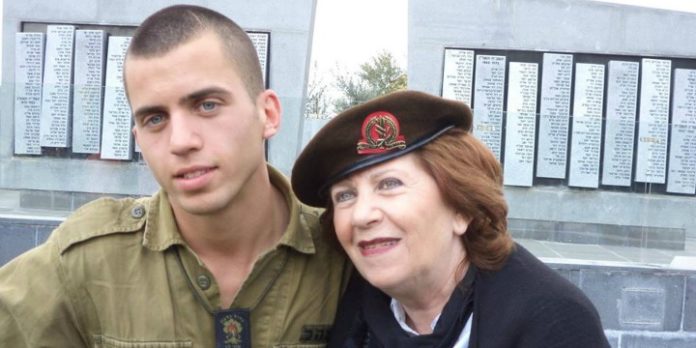 The families of two IDF soldiers missing since the war with Hamas in Gaza in 2014 attended an alternative memorial ceremony to mark the five-year anniversary of the conflict that strongly criticized Israeli Prime Minister Benjamin Netanyahu for failing to return their loved ones to Israel.

According to Israeli news site Mako, while the official memorial ceremony took place on Mount Herzl in Jerusalem, the families of Hadar Goldin and Oron Shaul, along with other families who lost loved ones in the operation, bitterly criticized Netanyahu and his government in their own ceremony held in the adjacent parking lot.

The slogan of the ceremony was “Cast Lead” — the name of the 2014 operation — “is not over until Oron and Hadar are returned.”

Goldin and Shaul went missing in action during Cast Lead and are presumed dead, their bodies being held hostage by the ruling terror group Hamas.

Simcha Goldin, father of Hadar, said, “It has been five years since Cast Lead, but Cast Lead is not over. The prime minister, who has been prime minister for all this time, has not done what is necessary to bring back the fallen.”

“I very much appreciate the president and the chief of staff,” he added, “but as long as we stand facing this failure of the prime minister, I cannot participate in the [official] ceremony.”

He noted that Shaul’s mother also supported the protest.

Goldin’s mother Leah also spoke, saying, “I want to remind everyone that Hadar was killed during a ceasefire. Hamas broke it.”

Referencing the ongoing rocket and arson attacks on southern Israel, she said, “Since then Cast Lead has not ended. … There are families here from the [Gaza] envelope — they burn their homes, kill them. This is Hamas’ victory.”