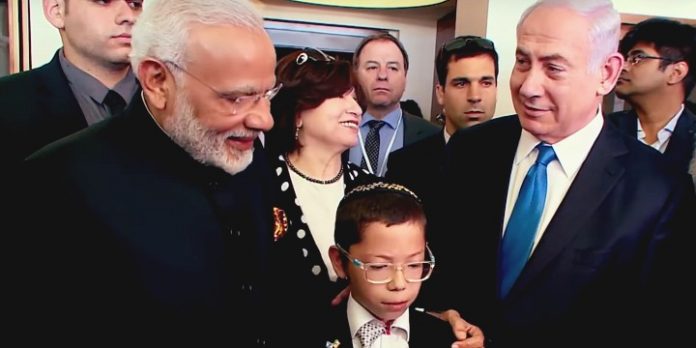 Rabbi Nachman and Freida Holtzberg, who lost their son and daughter-in-law in the 2008 terror attack on the Indian city of Mumbai’s Chabad House, have been granted a government-owned apartment in Israel.

Israeli Housing Minister Yoav Galant announced the government’s decision to approve housing for the family during a Hanukkah candle-lighting ceremony.

“Tonight, the state returns a moral debt to the family which lost their son, Rabbi Gavriel Noach, and their daughter-in-law, Rebbetzin Rivka, in a horrific terror attack,” said Galant. “I am happy to give them this evening a state-owned apartment in Beitar Illit, which will allow them to provide family support to their grandson.”

The move paves the way for the family to make aliyah and to assist with raising their grandson Moshe in Israel.

In the Mumbai attack, which was carried out by a Pakistani Islamic terrorist organization as part of a larger siege on the city, six people were killed, including Rabbi Gavriel Holtzberg and his wife Rivka. Moshe, who was 2-years-old at the time, survived due to the heroics of his Indian nanny Sandra Samuel.

Moshe, now 11, was sent to live in Israel with his grandparents and nanny, who was given Israeli residency and earned the country’s “Righteous Among the Nations” honorific for non-Jews.