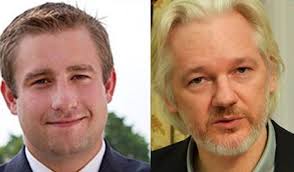 The family of slain Democratic National Committee staff Seth Rich is threatening legal action against a man it says has peddled politicized conspiracy theories about the murder of the 27 year-old, who was shot as he was walking home in the District of Columbia late one night last July.

A lawyer for the Rich family sent a cease and desist letter Thursday to Rod Wheeler – a private investigator and Fox News contributor who had been working on behalf of the family.

Citing Wheeler – who was, in turn, citing an anonymous federal investigator – Fox News and its local Washington affiliate reported last week that Rich had leaked DNC emails to WikiLeaks before he was fatally shot near his home last July. The underlying suggestion of this claim, which has long been a popular right-wing theory, is that Rich could have been murdered for leaking that information.

Twelve days after Rich’s death, Wikileaks published 20,000 emails that embarrassed former secretary of state Hillary Clinton and the DNC, and forced the ouster of its chairwoman.

D.C. police have repeatedly said they believe Rich’s murder was the result of a botched robbery. No arrests have been made in the case.

The Fox reports, which gained traction on social media, said that an FBI forensics examination showed that Rich transferred 44,053 DNC emails and 17,761 attachments to a now-deceased WikiLeaks director.

The family has rejected this story, and demanded a retraction from Fox. Wheeler has since recanted parts of the story, saying he was misquoted and had no direct knowledge of the identity of the federal investigator or the investigator’s findings.

In the letter obtained by The Washington Post, an attorney for the Rich family warned Wheeler to immediately “cease and desist” from making any statements about Rich, the murder and the investigation.

Ed Butowsky, a Dallas financier who regularly appears on Fox’s business channels and on other networks, had been paying Wheeler to investigate the case for the family. A spokesman for the Rich family said that Wheeler had offered his services to the family, “claiming he wanted to help.”

The letter sent by Ingrisano also alleges that Wheeler violated his contract with the family by speaking out about the case without its approval.

Reached by phone Saturday, Wheeler said he could not comment on the content of the letter, but said he hopes the murder case is solved.

“Currently I am exploring all of my legal options and I sincerely hope that one day we find the person who took Seth’s life,” Wheeler said.

As the theories around the murder have played out in conservative media, the Rich family has continued to try to knock them down.

“Anyone who continues to push this fake news story after it was so thoroughly debunked is proving to the world they have a transparent political agenda or are a sociopath,” Brad Bauman, the family spokesperson, wrote in a statement. “In either case, they should be taken off the air because they are either blind to the damage they are doing to a murder victim’s family or don’t care, showing a profound lack of judgement and common decency.”

The Rich story has taken on elements of the Comet Ping Pong conspiracy, a false tale involving Hillary Clinton and her supposed operation of a child-abuse ring at a District pizza restaurant.

Fox News personality Sean Hannity tweeted and ran segments about the murder and Wheeler’s claims, further fueling the conspiracy theories. On Friday, the Russian Embassy in the United Kingdom tweeted that “Wikileaks informer Seth Rich murdered in US but (British mainstream media) was so busy accusing Russian hackers to take notice.”

Friends and family say they remember Seth Rich as a kind and funny person who always dressed up in costumes to make people laugh. They say he cared deeply about his work and wanted to ensure that everyone had the opportunity to vote in elections.