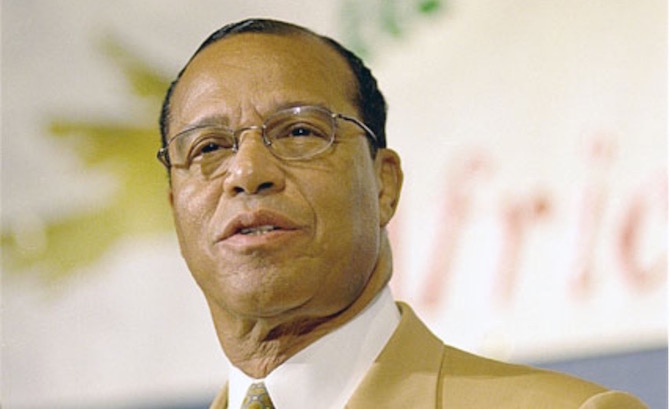 Nation of Islam leader Louis Farrakhan trended on Twitter today after he accused Dr. Anthony Fauci and Bill Gates of trying to “depopulate the Earth” through the development of vaccines aimed at ending the coronavirus pandemic.

Speaking at Nation of Islam headquarters in Chicago, Farrakhan urged African leaders and his followers to avoid accepting vaccines and medications developed by Western scientists.

“I say to my brothers and sisters in Africa, if they come up with a vaccine, be careful. Don’t let them vaccinate you with their history of treachery through vaccines, through medication,” Farrakhan said during the speech, which he gives annually on the Fourth of July. “Do not take their medication,” the 87-year-old anti-Semite continued.

This year’s speech drew particular attention after Fox Soul, a division of 21st Century Fox, came under fire for planning to stream the event online. Farrakhan has a history of making anti-Semitic remarks.

Farrakhan proposed convening a team of virologists and epidemiologists to inspect whatever vaccines are developed to deal with the coronavirus.

He then pushed a popular but unfounded conspiracy theory that Fauci and Gates are working on a vaccine for the purposes of population control.

“They’re making money now, plotting to give seven billion, five-hundred million people a vaccination. Dr. Fauci, Bill Gates and Melinda — you want to depopulate the Earth. What the hell gave you that right? Who are you to sit down with your billion to talk about who can live, and who should die?” Farrakhan said.

“That’s why your world is coming to an end quickly, because you have sentenced billions to death, but God is now sentencing you to the death that you are sentencing to others,” he continued. Read more at The Daily Caller.