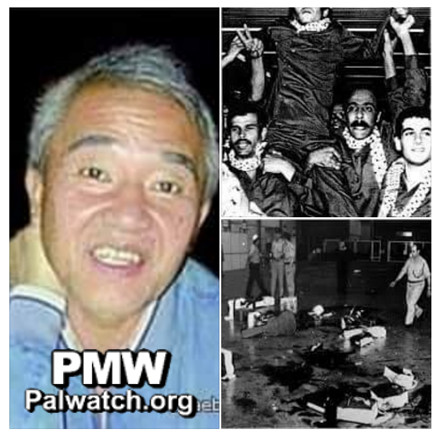 On Tuesday, about two weeks ahead of the anniversary of the Lod Airport attack, Fatah posted a photo from the attack that shows pools of blood on the floor with scattered luggage as well as a photo of one of the terrorists, Kozo Okamoto.

“Forty-four years since the airport operation…A thousand greetings to the Japanese fighter and friend Kozo Okamoto, the hero of the Lod airport operation, May 30, 1972,” the Fatah post read.

In addition to the 26 people who were killed, 80 others were wounded in the Lod Airport attack. The members of the Japanese Red Army who carried out the attack were recruited by the Popular Front for the Liberation of Palestine (PFLP) terror group.

Two of the terrorists—Takeshi Okudaira and Yasuyuki Yasuda—were killed during their attack, while Okamoto survived and received three life sentences in prison. But he was released through the Jibril Agreement in May 1985 after serving only 13 years of his sentences.