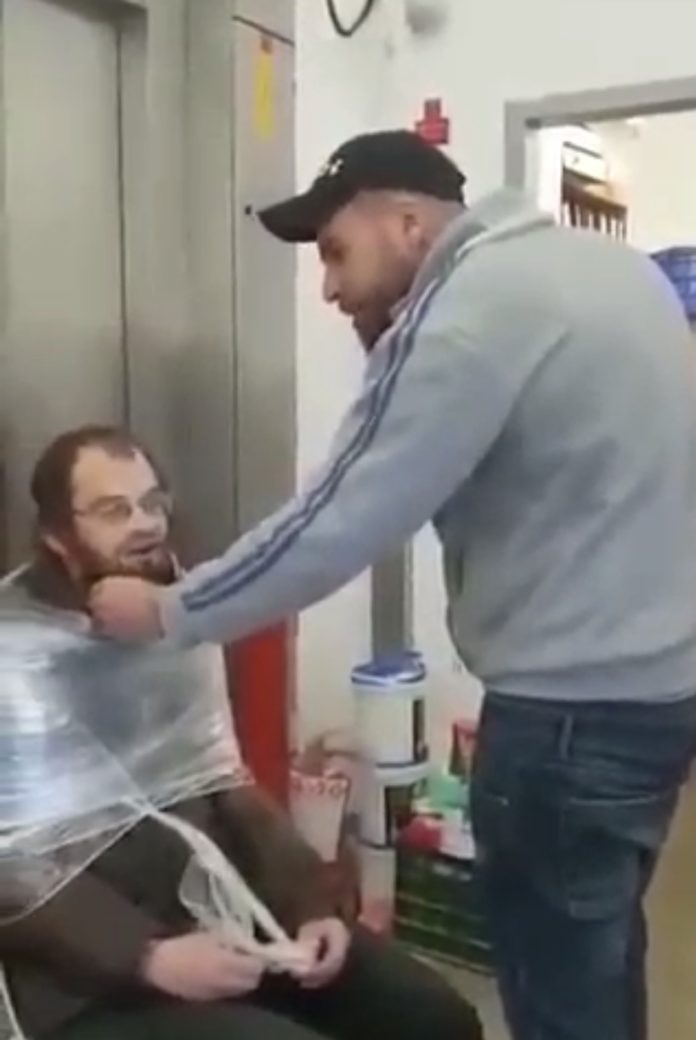 Shmuel Belvoy, the father of Yehuda, the 29-year-old man who was abused at at a branch of the Supersol supermarket chain in Gush Etzion, spoke out Wednesday about how he found out his son was being abused.

“My son told me he has been suffering daily for five years, and it hurts me that all this time he didn’t talk. My wife and I didn’t know anything. He is a special needs child. He has anxieties. He is afraid of his own shadow. And mentally he’s like a little kid,” Belvoy told News 13 host Amnon Levy.

He noted that a friend he had contacted revealed the video of the abuse to him. “He told me ‘I have a video and I will show it to you, but don’t faint, be strong. I saw the video and I was exposed to it for the first time, and cried like I never cried.'”

Belvoy said that until that moment he had no idea of the horrors his son had endured. “A month ago, he told me that his work was difficult and he mentioned the Arab workers with him. I thought they were making him carry slightly more crates, and I told him to focus on the work and not to address anything. But he doesn’t speak, that’s part of his disability.”

“They took advantage of his disability and abused him horribly. I saw the video and thought ‘How can a man be abused like that, and why?’ These were human animals,” Belvoy added.