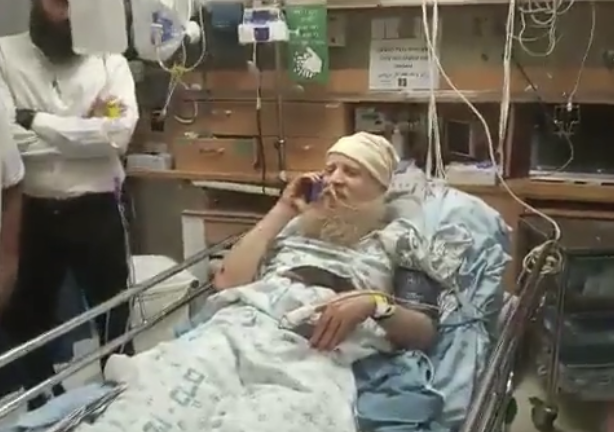 Rabbi Eitan Shnerb, 46, the father Rina Shnerb, who was killed in a bomb attack last week, is set to be released from Hadassah Ein Kerem Hospital on Wednesday afternoon.

Rabbi Shnerb and his children, 17-year-old Rina and 19-year-old Dvir, were hiking on Friday morning near the Ein Buvin spring near the town of Dolev when an IED was remotely detonated by Arab terrorists, killing Rina and critically wounding Dvir.

From his hospital bed on Friday, the rabbi told reporters that Rina had saved him and Dvir, absorbing the worst of the blast from what he described as a “very big roadside bomb.” After “everything went black,” he said, he “looked down and saw [Rina] was not alive.”

According to Israeli reports, the explosive device included 3 kilograms (6.5 pounds) of explosive material, making it an “unusually powerful bomb.”

Unable to attend his daughter’s funeral in Lod on Friday because of a broken hip and shrapnel in his stomach, Shnerb addressed the ceremony by phone, saying, “We are trying to be strong here in the Land of Israel, the people of Israel; Rina believed in that.”

“Our response to the murderers is that we are here and we are strong and we will prevail,” he said.