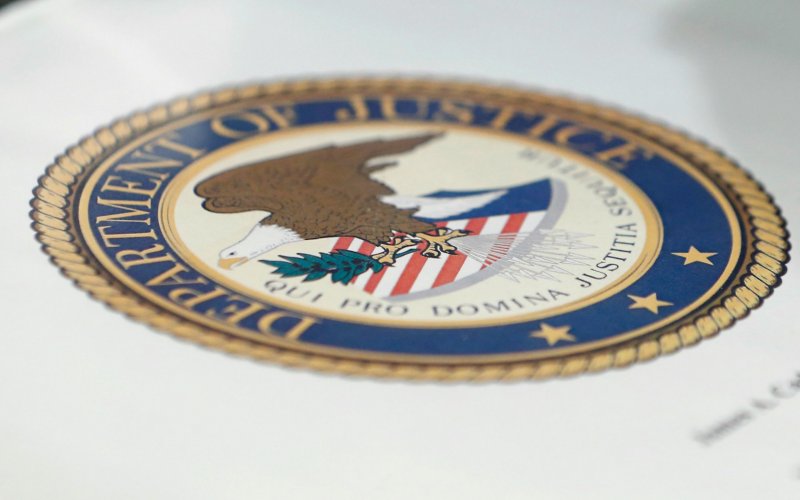 FBI agents argued – based at least in part on news accounts – earlier this year that the Clinton Foundation should be investigated for potentially giving donors special political access and favors. The Justice Department’s public integrity unit said they did not have enough evidence to move forward.

The Clinton Foundation said it was never contacted by the FBI, suggesting the bureau’s efforts were in a preliminary stage as prosecutors weighed in. But agents in New York have sought to keep their inquiries alive, feuding with the Justice Department about the lengths to which they can go, according to people familiar with the matter.

That infighting became public Sunday, when the Wall Street Journal published a detailed account of interactions between prosecutors and FBI officials over the politically sensitive subject.

The FBI already is under fire for taking actions that could influence the presidential election just days away, after FBI Director James Comey revealed agents wanted to look at a newly discovered batch of emails that were possibly relevant to the probe of Clinton’s private email server. The leak of information about a separate Clinton-related matter fueled more criticism Sunday that the bureau was acting inappropriately.

The FBI’s New York field office was one of a few that – in at least some small way – were looking into topics that touched on the Clinton Foundation’s work, according to people familiar with the matter. Agents in New York wanted to examine allegations of corruption and conflicts of interest that have swirled around the charitable organization of the Clinton family, the people said.

It is unclear what, if any, evidence they had to substantiate those allegations, particularly through subpoenas or search warrants. One person familiar with the matter said their presentation drew at least in part from media accounts over various foundation-related controversies.

That person, as the others in this story, spoke on the condition of anonymity out of fear of facing professional consequences for discussing the politically sensitive matter.

Republicans have long been critical of the Clinton Foundation, in particular Hillary Clinton’s dealings with its donors while she was secretary of state. When FBI agents met with prosecutors to argue for a more significant look into the foundation, the GOP was especially eager to attack the philanthropic organization during the height of the political primary season.

The revelation, though, that public integrity section prosecutors – who are not politically appointed – felt FBI investigators did not have a case is a strong defense for Clinton. The agents’ aggressive posture regarding the Clinton Foundation also could add to the perception that the bureau is treating the Democratic presidential candidate unfairly.

Howard Shapiro, who served as general counsel to the FBI in the 1990s, said it is “entirely inappropriate for anyone – agents or prosecutors – to bring their frustrations to the press.” He said FBI agents and Justice Department attorneys frequently disagree about whether to bring a case, but the discussions are considered confidential, for good reason.

“You cannot defend yourself against shadowy, imprecise allegations made by anonymous sources,” he said. While he has no familiarity with the current case, he said leaks like this are forbidden because they “smear the reputation unfairly of individuals and organizations.”

A spokeswoman for the FBI’s New York field office referred questions to the FBI’s National Press Office. Officials there did not respond to an email seeking comment Sunday evening.

A Clinton Foundation official said, “We are not aware of any investigation into the Foundation by the Department of Justice, Federal Bureau of Investigation, or any United States Attorney’s Office and we have not received a subpoena from any of those agencies.”

A spokesman for the Clinton campaign did not immediately return a phone call and email seeking comment.

Federal prosecutors in the Eastern District of Virginia have been looking into Virginia Gov. Terry McAuliffe, D, who is a longtime ally of Bill and Hillary Clinton and who worked as an unpaid director for the Clinton Foundation until he was elected governor, an official has said. The official said that inquiry includes McAuliffe’s time on the board, although the foundation is not considered the probe’s target.

The Clinton Foundation, which Bill Clinton created soon after leaving the White House in 2001, has become one of the world’s fastest-growing philanthropies. It includes several charitable initiatives that deal with climate change and economic development in poor areas.

The foundation, which has raised more than $2 billion since it formed, has received bipartisan support. And the organization has recently received high marks from philanthropy watchdog organizations.

It emerged as a political headache for Hillary Clinton amid controversies over donations. Critics complained that the foundation, along with the Clintons’ paid speaking careers, have provided additional avenues for foreign governments and other interests to gain entree to a powerful family. Some complained that Hillary Clinton, during her tenure as secretary of state, was in a position to reward foundation donors and may have responded inappropriately to requests for assistance.

Big donors were in the spotlight this election year. Financial institutions around the globe represent a major source of foundation funds. And questions have emerged about donations from countries such as Saudi Arabia, Qatar and Algeria, which have a stake in decisions made by the U.S. government.

More recently, the foundation’s internal strife has been laid bare in the disclosures that appeared on the WikiLeaks website.

For example, WikiLeaks has published emails and documents that exposed a brewing feud in 2011 between Doug Band, a foundation official who had formed a consulting firm called Teneo, and Chelsea Clinton, who was taking a stronger role in leading the foundation.

The emails revealed details about the mix between foundation activities, the Clintons’ personal income and Teneo’s rapid growth. A 2011 memo from Band to foundation lawyers laid out the role that Band played building the business and asking his corporate clients to contribute to the foundation and provide opportunities for Bill Clinton to make paid speeches.

A Clinton Foundation inquiry would be completely separate from the FBI’s probe into Clinton’s use of a private email server while she was secretary of state – an investigation that was ostensibly ended in July without charges for anyone, before Comey said in his recent letter there were new emails investigators wanted to examine.

At a congressional hearing in July over the email investigation, Comey notably declined to say whether agents had looked at the Clinton Foundation.

“I’m not going to comment on the existence or nonexistence of any other investigations,” Comey said.

When Rep. Jason Chaffetz, R-Utah, asked if the Clinton Foundation was “tied into” the email probe, Comey responded, “I’m not going to answer that.”