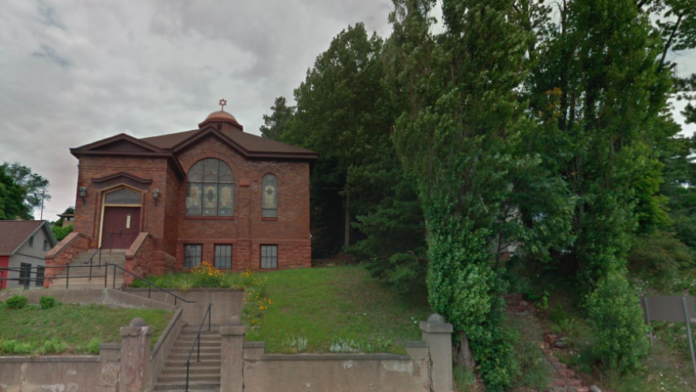 A member of a far-right network directed the vandalism of shuls in Michigan and Wisconsin in September, according to a criminal complaint filed on Tuesday and unsealed the following day.

It stated that Richard Tobin, 18, of Brooklawn, N.J., admitted to directing, through “online platforms and encrypted online messaging applications and chat rooms,” members of the network’s “Great Lakes Cell” to paint the synagogues with neo-Nazi symbols and slogans as part of what he dubbed “Operation Kristallnacht,” in reference to the 1938 Nazi pogrom in Germany, translated as the “Night of the Broken Glass.”

The complaint also alleged that the network, known as “The Base,” discussed “the recruitment of prospective members, the creation of a white ethno-state, acts of violence against minorities (including African-Americans and Jewish Americans) … military training camps, and ways to make improvised explosive devices (‘IED’).”

“The Base” replicates symbolism “adopted by Nazis after 1923 to memorialize members who died in Hitler’s failed Beer Hall Putsch,” according to the complaint.