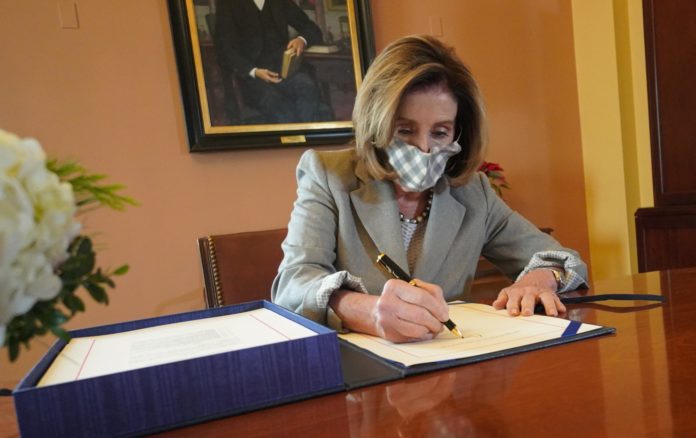 The FBI is investigating whether a woman who took a laptop belonging to Speaker Nancy Pelosi (D-Calif.) during the Jan. 6 riot at the Capitol tried to sell it to Russians.

Bureau investigators said in a court filing on Sunday that it received a tip from someone claiming to be a former romantic partner of Riley June Williams. The caller directed the agency to a 32-minute video from inside the Capitol posted to ITV News.

The witness also said friends of Williams showed them a video of her taking a laptop or hard drive from Pelosi’s office. The witness told the FBI that Williams “intended to send the computer device to a friend in Russia, who then planned to sell the device to SVR, Russia’s foreign intelligence service,” according to the court filing.

The transfer fell through for unknown reasons, according to the affidavit, and Williams either “still has the computer device or destroyed it. This matter remains under investigation.”