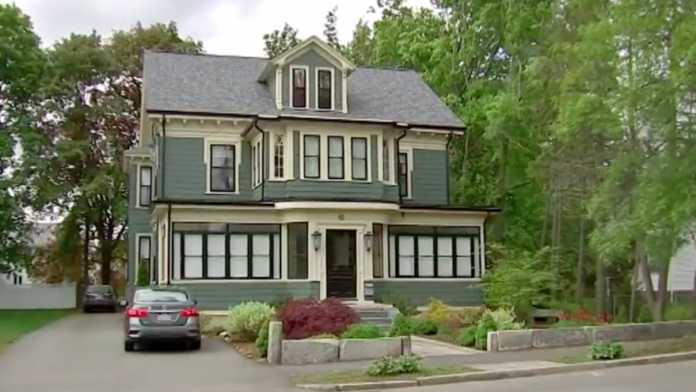 The FBI is offering up to $20,000 for information leading to the apprehension of the suspect responsible for three fires at Boston-area Chabad centers in May.

Police in Arlington, Mass., responded to two cases of such fires at the home of Chabad-Lubavitch emissaries.

On May 16, there were “light flames burning shingles on one side” of the house, reported local Fox affiliate WFXT, citing officials. A police officer patrolling the area was at the scene within 30 seconds to get rid of the flames by using a handheld extinguisher.

That same evening, there was a suspicious fire at the Chabad Jewish Center in Needham, Mass., which state and federal authorities are also investigating.

Chanie Krinsky posted on Facebook that her husband, Rabbi Mendy Krinsky, who directs the Chabad center with her, “was outside with the fire extinguisher before the smoke alarms even went off.”

On May 18, Chabad in Arlington caught fire. Police are trying to identify someone caught on video walking away from the house.

“We smelled a lot of smoke,” Bukiet told WFXT. “There was a ton of smoke inside in the basement going up to the first floor.”

Firefighters discovered a small fire “burning on the wood shingles of one side of the home. The fire was quickly extinguished and the damage was minor,” reported WFXT.

Neither incident caused personal injuries or damage inside the home.

“Two families who shared not only their religious faith but the expectation of feeling safe in their own homes were visited by menacing intentions,” said Joseph R. Bonavolonta, special agent in charge of the FBI Boston Division. “Although surveillance video has given us a promising start to this investigation, it will be the public’s eyes that help us bring justice home to them. So if you recognize the individual in these videos, please contact us immediately.”

Anyone with information about the situation or suspect in the surveillance videos can contact the FBI Boston Division at (857) 386-2000. Tips can also be sent online: tips.fbi.gov.