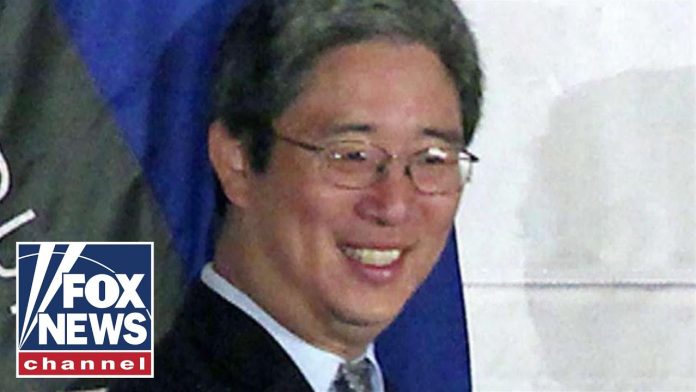 Heavily redacted FBI memos released Thursday show that while the FBI formally cut ties with a former British intelligence officer who supplied some early information in the investigation of Russian election interference, agents quietly sought to reestablish contact as the case heated up.

The released documents are formal FBI interview memos of agents’ conversations with Bruce Ohr, a senior Justice Department official who has drawn the ire of President Donald Trump for his connections to Christopher Steele, a former British spy with an expertise in Russia who wrote a dossier of allegations against Trump in 2016. The general thrust of Steele’s allegations was that then-candidate Trump was secretly aligned with Russian officials and could be manipulated by them.

Ohr, a relatively obscure Justice Department employee for more than 20 years, became a focus of Republicans in Congress after they learned of his interactions with Steele, and the Washington, D.C.-based research firm that hired Steele, Fusion GPS.

Trump has called for Ohr to be fired over his involvement in the Russia investigation. Last year, the president tweeted: “How the hell is Bruce Ohr still employed at the Justice Department? Disgraceful! Witch Hunt!”

One of the FBI documents released Thursday night suggested Ohr told agents he didn’t assume what Steele was telling him was true. “There are always Russian conspiracy theories that come from the Kremlin,” the memo said Ohr told agents. “Ohr honestly believes (redacted) reported what he heard from (redacted) but that doesn’t make the story true,” the memo said, in apparent reference to Steele.

Another FBI memo from the same time period – December 2016 – suggests Steele shared his allegations with a reporter in the fall of 2016 because the person who hired him to investigate Trump, Fusion GPS boss Glenn Simpson, was becoming desperate to get people to pay attention to their allegations.

“Simpson asked (redacted) to speak to the Mother Jones reporter as it was Simpson’s Hail Mary attempt,” the memo said. A lawyer for Simpson did not immediately respond to a message seeking comment.

That article spurred FBI officials to cut ties with Steele as an official source of information, but the memos show that Ohr acted as an unofficial conduit between the FBI and the British investigator for months afterward.

In February, during another debriefing with Ohr about Steele, FBI agents “asked OHR to ask Steele if he would be comfortable getting the name of an FBI agent” to contact, according to a memo of the conversation.

The president and his supporters have argued that the dossier gathered by Steele was a pile of lies meant to derail his candidacy, and then his presidency. Democrats accuse Trump of trying to destroy the careers of anyone who participated in the investigation of possible conspiracy between Trump associates and Russians during the election.

Steele and Ohr have known each other since at least 2007, when Steele was a top Russia expert in British intelligence. In 2016, Steele was hired by Fusion GPS to probe Trump’s background. The firm also employed Ohr’s wife, Nellie Ohr, as a contractor with expertise on Russia.

In the summer of 2016, Steele decided his findings should be shared with the FBI, and contacted an associate at the bureau. Months later, Steele became frustrated that the FBI seemed not to be acting on his tips, and shared some of his findings with the press, leading the FBI to sever its relationship with Steele.

In the fall of 2016, Steele’s allegations were used as part of the justification for seeking a Foreign Intelligence Surveillance Court order to secretly monitor the electronic communications of Carter Page, a former Trump campaign adviser the FBI.

After the FBI formally broke off ties with Steele, Ohr stayed in touch with him, and relayed what Steele told him to FBI agents. The FBI interview memos released Thursday memorialize those conversations between Ohr and the FBI about Steele.

Ohr, 56, began his career in 1991 as a Manhattan federal prosecutor and moved to Washington in 1999 as head of the Justice Department’s organized crime and racketeering section. In 2014, he was tapped to head the Organized Crime Drug Enforcement Task Force, which disburses grant money to law enforcement agencies to fight organized crime.

Questions about his role in the Russia probe first emerged in late 2017, and he was demoted to a job that did not entail interaction with the White House, and later transferred.

Ohr has told lawmakers that one reason for his reassignment was his failure to notify leadership, including then-Deputy Attorney General Sally Yates, of his interaction with Steele. He had a dozen communications with Steele between late 2016 and May 2017.

During that period, Steele was also growing concerned that Republican lawmakers were seeking to expose his sources and asked Ohr to convey his concerns to the bureau.