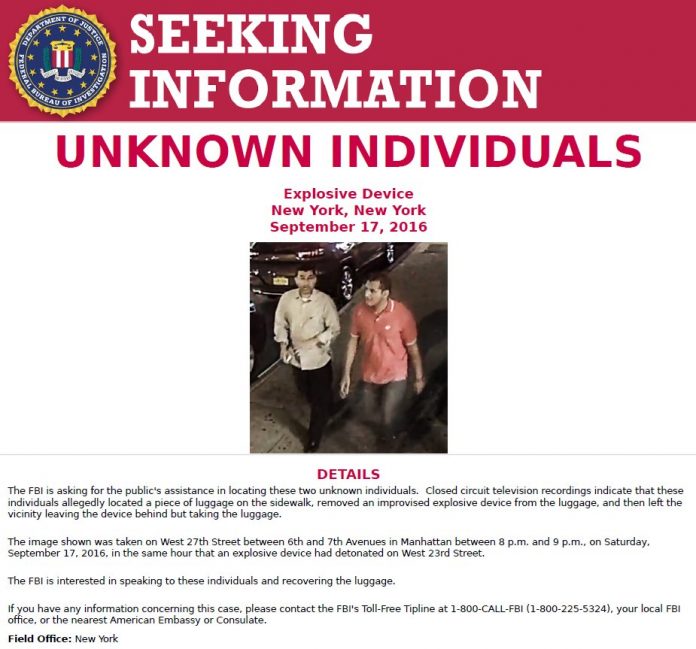 Officials believe one of the men may have removed a undetonated pressure-cooker bomb from the suitcase and then left the scene with its suitcase container. That device was later located by officials, who used it to track down and arrest Ahmad Rahami, 28, who has been charged with using a weapon of mass destruction in another bomb that erupted that evening. The agency is looking for any information on the two male adults. Read more from the FBI.