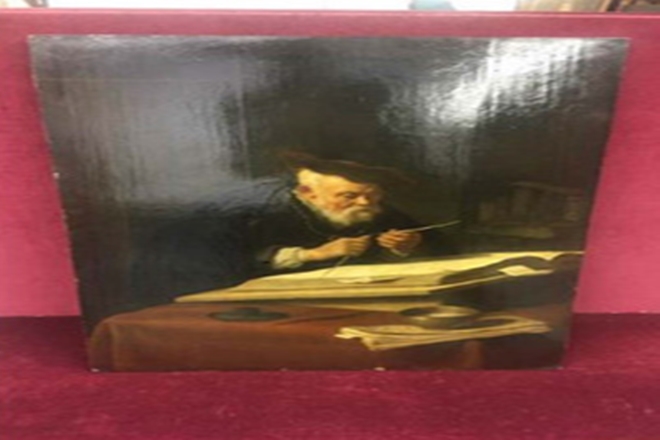 A painting stolen from the family of art collector Adolphe Schloss by Germans during the World War II occupation of France will be returned to his descendants in New York, the French consulate said in a statement Tuesday.

The painting, Dutch artist Salomon Koninck’s 1639 “A Scholar Sharpening His Quill,” was part of an important collection of Flemish and Dutch works owned by Schloss, a Jewish man who lived in Paris.

Its return on April 1, facilitated by FBI agents, will take place at the French consulate under the watch of French Foreign Minister Jean-Yves Le Drian and representatives from the Jewish community, according to the statement.