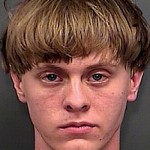 Dylann Roof was able to legally buy a gun because of a flaw in the background-check system, the FBI admitted Friday. Roof had previously admitted to drug possession, which should have disqualified him, but FBI Director James Comey said those checking his background didn’t have that record.

“We are all sick this happened. We wish we could turn back time,” Comey said.

Roof has been charged with nine counts of murder and three counts of attempted murder for attacking a bible study at a church. Read more at The New York Times.