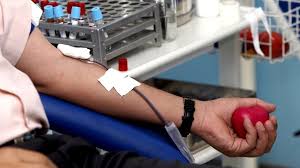 The Food and Drug Administration announced Friday that it would require all U.S. blood centers to screen for Zika. The new policy is meant to protect the nation’s blood supply from the mosquito-borne virus, which also can be transmitted via sex and bodily fluids, including blood. The extra measures were only previously in place in Puerto Rico and two counties in Florida.

According to ABC News last month, blood centers in Fort Lauderdale and Miami were forced to temporarily reject new blood until they had enacted a system to screen the donations. The order came after reports of local Zika transmission in the Miami area—which has now been confirmed. The sites were already mandated to test for the West Nile virus, hepatitis, and other diseases. Read more at CNN.