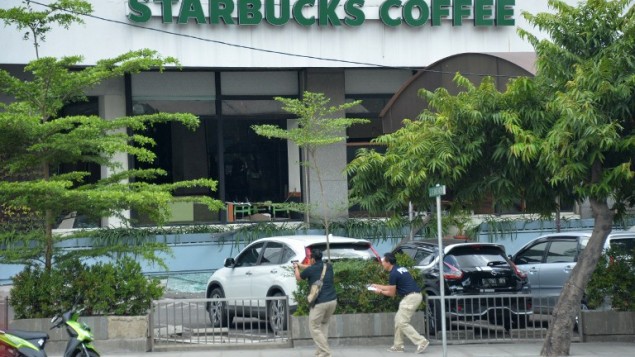 To a brewing class-action lawsuit that argued Starbucks had, for a decade, stiffed customers by filling their drinks with too much ice, a federal judge had a simple message: Chill.

U.S. District Judge Percy Anderson, of the Central District of California, concluded that no typical customer would feel cheated by ice cubes, even if they took up a significant volume in the clear plastic cup. Anderson dismissed the lawsuit Friday.

At the crux of the matter, according to plaintiff Alexander Forouzesh, was the definition of what constitutes a Starbucks beverage. The Los Angeles man sued the coffee chain in May.

In the complaint, Forouzesh argued that because drink sizes were advertised by fluid ounce – a cold Venti drink is 24 fluid ounces, for instance – the coffee chain was under-filling its cups with fluid. Ice aside, Forouzesh claimed that baristas poured only about 14 ounces of drink into a Venti cup, per his measurements. In his eyes, this was far too little beverage, and fraudulently so. (The Grande Shaken Iced Peach Green Tea Lemonade Cold Drink appeared to fare slightly better, at 12 ounces liquid out of 16 advertised.)

Ice is neither beverage nor fluid, the complaint concluded. The legal action sought to represent people who had bought drinks at California Starbucks since 2006.

Anderson had little sympathy for that line of argument. “When a reasonable consumer walks into a Starbucks and orders a Grande iced tea, that consumer knows the size of the cup that drink will be served in and that a portion of the drink will consist of ice,” he wrote in dismissing the suit. “Because no reasonable consumer could be confused by this,” he wrote, the plaintiff failed to state a viable claim under any California consumer or false advertising law.

The judge also offered a simple solution.”But as young children learn, they can increase the amount of beverage they receive if they order ‘no ice.’ If children have figured out that including ice in a cold beverage decreases the amount of liquid they will receive,” he said, “the Court has no difficulty concluding that a reasonable consumer would not be deceived into thinking that when they order an iced tea, that the drink they receive will include both ice and tea and that for a given size cup.” (Starbucks employees, according to a 2015 Reddit discussion, seemed split on whether ordering an iced drink sans ice was fair play.)

Plus, as Starbucks uses clear cups in which the cubes are visible, the judge believes most customers would not feel swindled upon being served ice in their cold beverages.

Starbucks was happy with the ruling, as a representative told the Associated Press. But it will face two more legal brouhahas in the coming months, both making similar accusations about the ratio of liquid-to-other-stuff in Starbucks cups. As The Washington Post reported in May, an Illinois woman also alleged that Starbucks used too much ice; she also found that only about 14 ounces of a 24-ounce cup in a cold drink was liquid.

“Our customers understand and expect that ice is an essential component of any ‘iced’ beverage,” a Starbucks representative said in a statement to The Post at the time. “If a customer is not satisfied with their beverage preparation, we will gladly remake it.” The AP reported that Starbucks is planning to submit a defense in Chicago court on Thursday.

In yet another case, also filed in California, two plaintiffs charge that customers who order lattes are shortchanged. This time, it is not ice but the milky froth that displaces too much liquid volume. U.S. District Judge Thelton Henderson ruled in favor of the plaintiffs in June, allowing the suit to proceed – Starbucks was consistently serving too much foam.