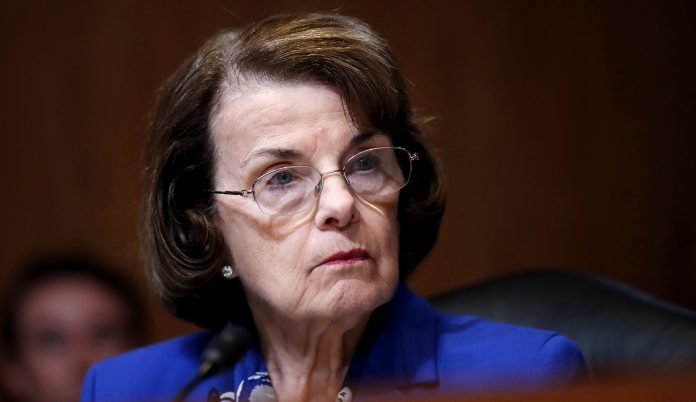 Sen. Dianne Feinstein called on the Senate on Thursday to support an amendment to the next coronavirus relief bill that would bar states that do not implement mask mandates from receiving stimulus funding.

In a statement from the senator’s office, Feinstein announced her intention to introduce the amendment and stated that it was time for Congress to step in and force states to implement such mandates to stop the virus from spreading.

“Wearing masks in public should be mandatory. Period. [Senate Majority] Leader [Mitch] McConnell [R-Ky.] said the Senate will take up the next coronavirus economic relief bill later this month. At that time, I intend to offer an amendment to prohibit sending funds to states that haven’t adopted a statewide mask requirement,” said Feinstein, a member of the Senate Subcommittee on Agriculture, Rural Development, Food and Drug Administration.

“My hope has been that other governors would show the leadership to institute their own mask mandates, but so far that hasn’t happened. It’s time for Congress to step in. This is a matter of life or death, and partisan politics shouldn’t play a role,” she added.