The Private Bus Company has the franchise for a bus line connecting Boro Park and Williamsburg, though those living in Williamsburg generally identify the bus service as the “Williamsburg-Boro Park Bus” while Boro Park residents call it the “Boro Park-Williamsburg Bus.” A recent meeting of the management of the bus line with New York City Councilman Simcha Felder to discuss service improvements was held and issues such as overcrowding and service disruptions were touched on.

Management shared with Councilman Felder its difficulties at times in satisfying public demand. When yeshivos or girls schools dismiss their students at irregular times, such as on fast days, buses overflow at unanticipated times. Passengers are unable to board buses and drivers are forced to pass bus stops ignoring passengers waiting there.Further, the bus company’s board of consulting rabbonim directed that male passengers occupy the front of the bus and females the back. When a bus driver attempts to service an overflow of passengers, men and women are unacceptably intermingled. Accordingly, when buses are full, the board of rabbonim has directed that buses not stop for additional passengers.

As a result of the meeting, requests are being made for schools and institutions to advise of any temporary change of schedule as well as events, like weddings, melava malkahs, dinners, etc. In addition, private parties making weddings or other large gatherings that rely on the Boro Park-Williamsburg bus line are advised to give the bus company notice so that passengers are not inconvenienced.

Passengers are urged to fold carriages before boarding a bus, to make boarding easier and allow passage for other passengers. Passengers are directed to prepare fares and tickets in advance. 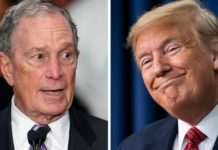