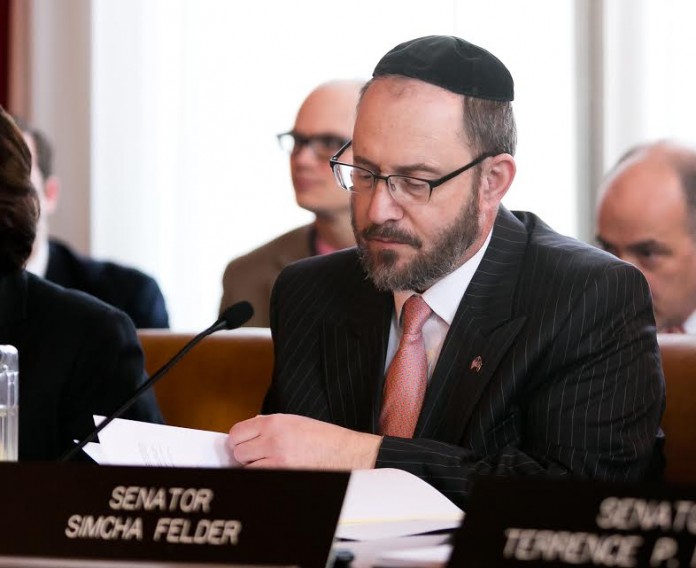 >>Follow Matzav On Whatsapp!<<
“Every year, drivers suffer under an unfair law that makes criminals out of law abiding people who rely on their cars to manage their work and family responsibilities. Crushing surcharges, fees and fines trap people in a financial hole they can’t climb out of, and put them at risk of grave consequences,” says NY State Senator Simcha Felder. “Living paycheck to paycheck in NYC, where everyone is over-taxed, over-ticketed and over-fined is not a crime, but driving with a suspended license is! Giving drivers the option of paying off their fines in a reasonable way that doesn’t break the bank is just good, common sense.”
Over 1.5 million drivers have their license suspended because they owe traffic-related fines and fees that they cannot afford to pay. The NYS Senate moved to end that practice on Wednesday when they passed legislation (S-5348), co-sponsored by Senator Felder, which would prevent people from having their license suspended for unpaid traffic tickets or for failing to appear in court for those tickets. It also requires the Department of Motor Vehicles to establish affordable payment plans to help pay traffic debts. The bill passed both houses of the State Legislature, and will now be sent to the Governor for his signature.
The bill does away with the state’s $70 suspension lift fee; under current law, drivers must pay that fee, on every suspension on their license, before driving privileges are restored. It requires the Department of Motor Vehicles to send drivers who receive traffic tickets reminders of their court dates and offer payment plans in proportion to their monthly income. Limiting payments to two percent of monthly net income or $10, whichever is greater. It also allows courts the flexibility to reduce or totally waive both fines and fees when appropriate.
“For the past few years I have worked to raise awareness of this issue; annually reminding drivers to check the status of their driver’s license and registration. This bill corrects a longstanding wrong for hard working New Yorkers who deserve a fair chance to pay the fine and avoid doing time,” concludes Senator Felder.
{Matzav.com Newscenter}