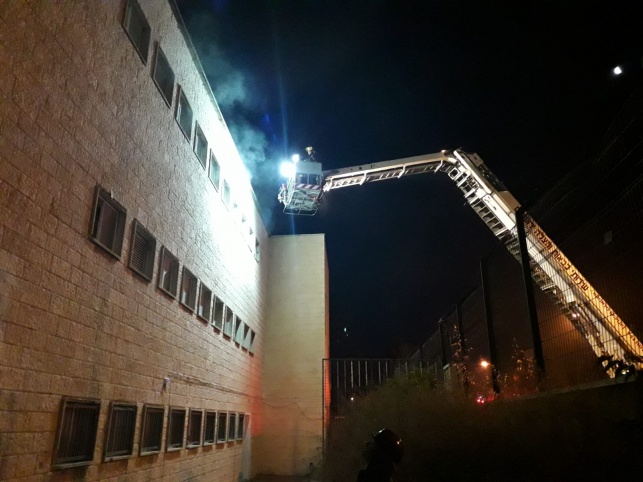 On Monday morning, a fire broke out at the Bais Malka giurl school on Malchei Yisrael in Yerushalayim.

At around 4:20 AM, five fire and rescue teams were dispatched for the fire that broke out in the girls’ school. With the help of a rescue and extinguishing crane, the fire fighters gained control of the flames within a short time, and there were no casualties.

In the wake of the fire, an investigation was launched into the circumstances of the outbreak of the fire.  Prelimianry investigations indicate that an electric failure in the air conditioner caused the fire to ignite ad nearly burn down the school building.