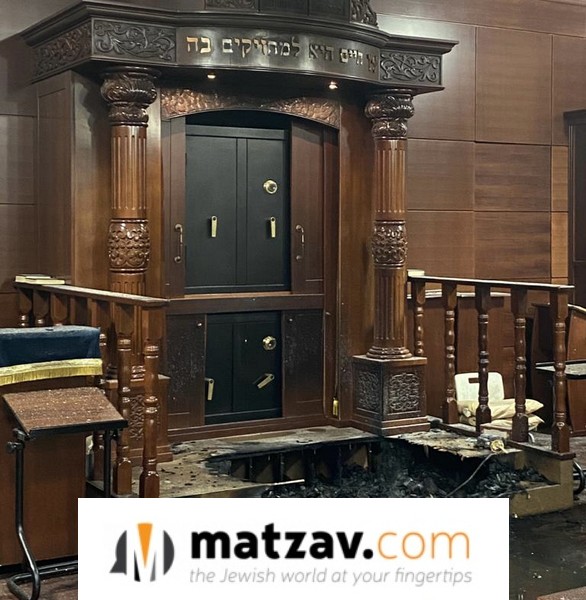 A fire broke out on leil Tisha B’Av at Khal Shaarei Torah in Los Angeles, causing major damage to the central portion of the bais medrash in front of the aron kodesh.

The blaze is believed to have been triggered by candles lit for Tisha B’Av that were located on the wooden steps leading to the aron kodesh.

The Shul’s Sifrei Torah, located in a safe within the aron kodesh, remained unscathed, b’chasdei Hashem.

The shul is located on North La Brea Avenue, between Oakwood and Beverly. Its mara d’asra is Rav Nechemia Langer.

Fire department personnel were contacted and quickly arrived at the shul, putting out the fire.

There were, thankfully, no injuries.

Due to the fire, davening today is being held on the shul’s simcha hall. 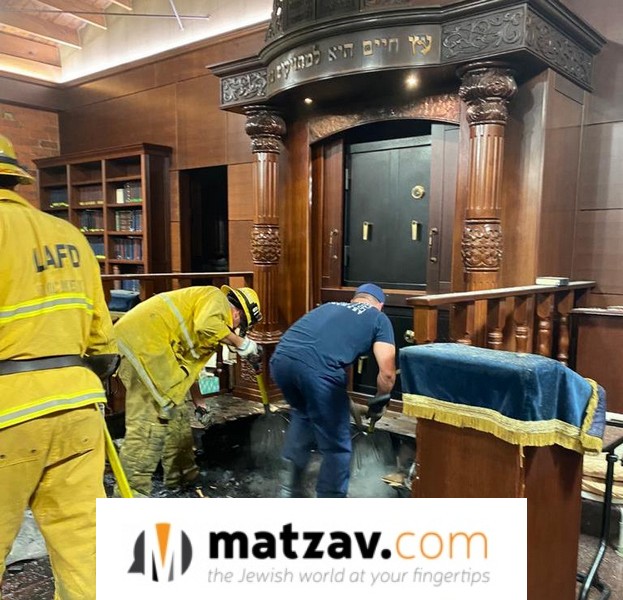 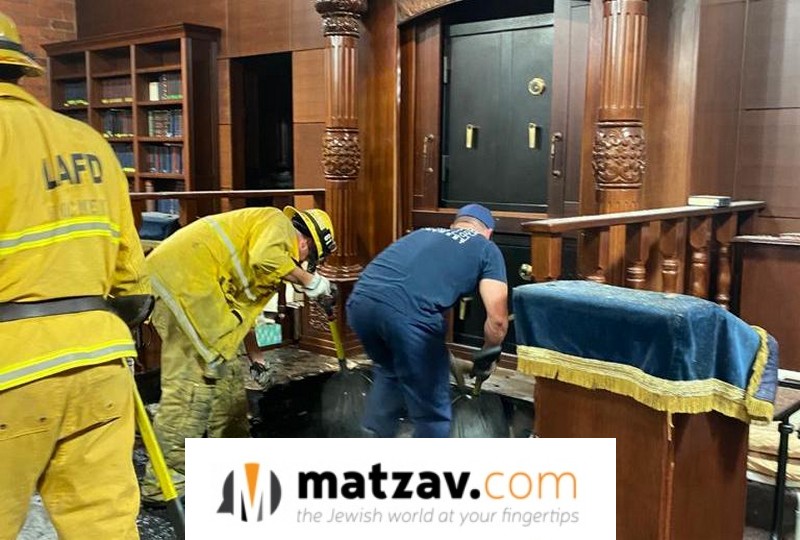 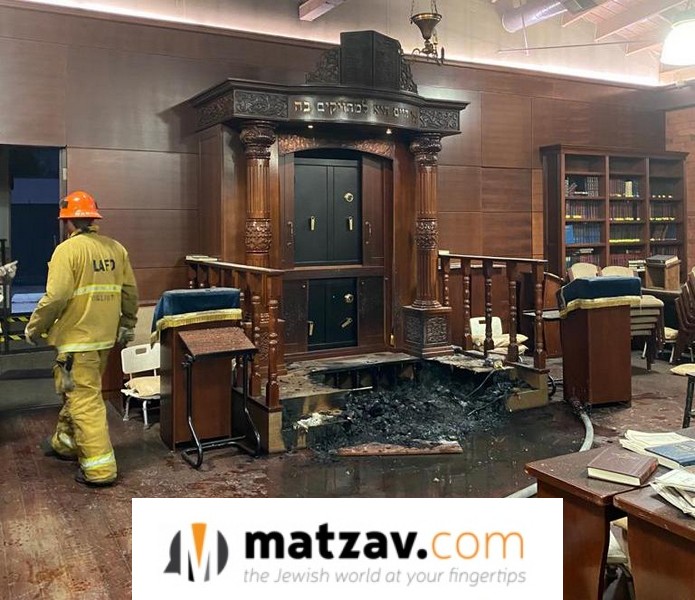 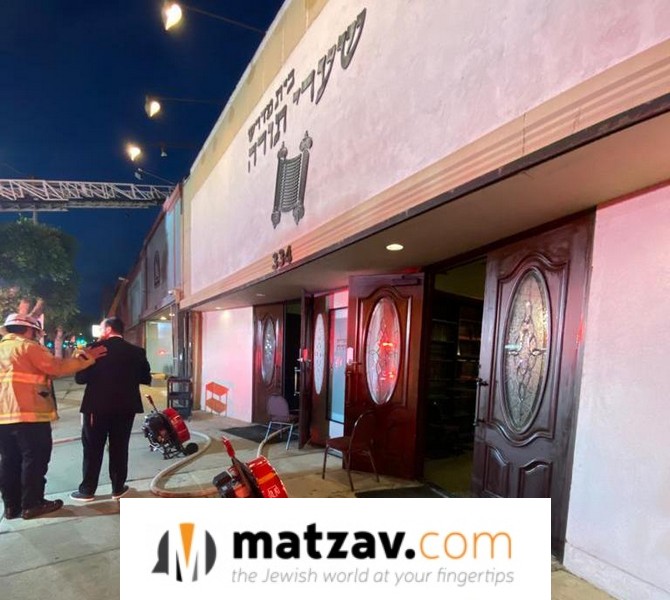