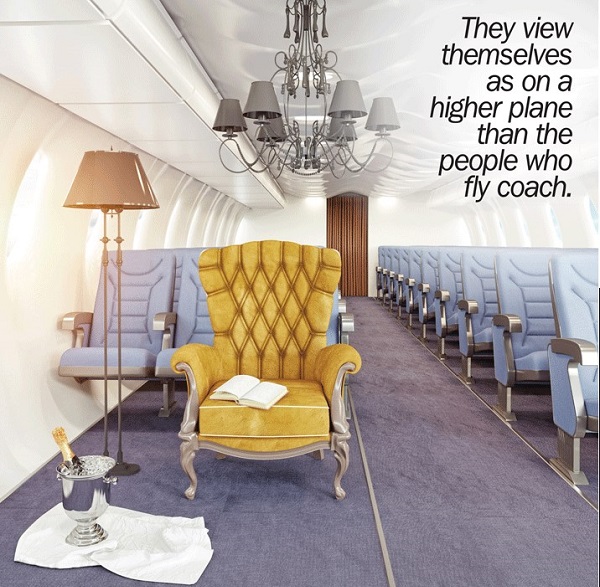 This week’s parsha portrays the difficult life of Yaakov avinu. The av of golus, Yaakov left his home in Be’erSheva and was displaced for the next few decades. The posuk (Bereishis 28,11) relates that as darkness descended, he laid down to go to sleep. The Medrash (partially quoted in Rashi, relates that he slept there, but did not sleep during the fourteen years which he spent learning Torah at the feet of Eiver. He slept at that place, but did not lie down to sleep during the twenty years he lived in the home of Lavan. Such was the life of Yaakov in exile.

Hashem promised him as he slept that He would be with him as he wandered from place to place and would protect him and bless him. Though alone and penniless, Yaakov was strengthened (Rashi, ibid, 29,1) by his faith that he would emerge from his experience bigger and better than ever.

The parsha details the ups and downs of Yaakov’s life under Lavan, his marriages, children, financial blessings despite all the maneuvers employed against him. Finally, at the end of the parsha, Hashem determined that it was time for Yaakov to return to the Promised Land. After all he was put through, Yaakov remained the same strong believer he was when he left the home of Yitzchok. Despite all the many blessings heaped upon him, despite his wealth, Yaakov remained as humble as he was when he fled to escape the wrath of his brother Eisov.

Thus, at the beginning of next week’s parsha, Yaakov avinu declares, “Katontimikolhachassodimumikolha’emesasherasisaesavdecha – I have become small because of all the kindness and truth that You have performed with me…”

Too often people who are successful become arrogant and pompous. They view themselves as on a higher plane than the people who fly coach. Oftentimes, when people become wealthy or assume higher positions they begin to take themselves very seriously, cutting themselves off from reality and looking down on others. Power and money lead to conceit and corruption.

“VayishmanYeshurunvayivot,” the Torah (Devorim 32,15) testifies that as people become more successful, they forget that Hashem has blessed them. They become enamored with themselves and assume credit for all they have attained, saying, “kochiv’otzemyadiasu li eshachayilhazeh.”

When Yaakov arrived in Choron, he was penniless and alone. As he was returning to Eretz Yisroel with his wives, children and many possessions, instead of becoming haughty, he felt humbled and undeserving of the gifts Hashem had bestowed upon him.

Yaakov, the avof golus, reminds us that when we live in times of plenty such as ours, we dare not become complacent and apathetic, we must always remember the source of our largesse and be appreciativee of the blessings granted us. Returning  home, Yaakov thanked Hashem for His kindness.

In expressing his gratitude, Yaakov thanked Hashem for the chesed bestowed upon him, and also for being dealt with emes, truthfully.

Rashi explains that Yaakov was grateful to Hashem for being true to His word and fulfilling His promises to him.

Isn’t that to be expected?

Perhaps we can understand “emes” in this posuk in another sense, as well. Yaakov was thankful for being dealt with honestly. In a world of darkness, with a brother like Eisov and a father-in-law like Lavan, there was subterfuge at every turn. Yaakov expended much time and effort during his life navigating between liars and their falsities as he sought to pave a successful path.

After being in golus for so many years, Yaakov was thankful that his faith was not misplaced. Hashem watched over him and protected him from the evil plots of those who sought his demise. Yaakov was able to marry and raise fine children far from the idyllic home of Yitzchok and Rivkah.

“TiteinemesleYaakov,” says the prophet Micha (7:20). “The truth belongs to Yaakov.” While maligned by those who detested him, Yaakov proved to be the essence of truth, as Avrohom was the paradigm of chesed. Thus, Hashem remained faithful to Yaakov through all his difficulties and blessed him and the shevotim with lives embodying the truth of Torah, the source of emes in our world.

Yaakov paved the way for us to excel in golus. Away from our ancestral home, removed from the kedusha of the Bais Hamikdosh, ensconced among cultures becoming more depraved by the day, we succeed, with the abilities inherited from Yaakov, in remaining faithful to the TorasEmes despite all that gnaws at us and all who seek our downfall.

The Nefesh Hachaim (1:21) explains why Yaakov married two sisters, even though he observed the Torah before it was given and the Torah forbids such a relationship. When we say that the avos kept the laws of the Torah before it was given to man on Har Sinai, it is not to be understood that they were aware of the laws of the Torah and accepted upon themselves to observe them. Rather, they were on such a high spiritual level, and their neshamos were so purified, that they were able to comprehend the tikkunim that each mitzvah accomplishes in creation, as well as the damage caused by the performance of each aveirah. They understood the cosmic relationship between heaven and earth, the spiritual and the physical, and thus acted in ways that strengthened the world and abstained from actions that would bring harm to creation.

Yaakov perceived that his soul could achieve great accomplishments for the spheres of the world if he would marry the two sisters, Rochel and Leah. He understood that through them, he would be able to build Klal Yisroel. Therefore, he labored mightily and withstood much pain and humiliation under Lavan.

Rav Chaim Volozhiner explains that the Torah was not given to the avos, for if it had been, Yaakov could not have married Rochel and Leah, and the foundation of Klal Yisroel would never have been established.

“TiteinemesleYaakov.” Our forefather Yaakov was given the ability to perceive the truth of the world and thus lay down the foundation for Am Yisroel. The world was created with Torah, and when we observe its commandments, we contribute to the greater good in ways we cannot understand. As ansheiemes, we believe that the more Torah we study and the more truth we bring about, the more we fortify the world.

The Ben Ish Chai offers a similar explanation for how Rochel and Leah became familiar with Torah as they grew up in the home of Lavan. He says that they were born with exalted neshamos and were thus able to perceive the truth about Hashem’s existence and the fallacy of their father’s ways.

Our forefathers were blessed with special neshamosand ruachhakodesh to guide them as they grew in a stunted, pagan world.

We have been blessed with the strong foundations that they laid for us. In a world of decadence, they followed the light of truth. That truth was later delivered to us in the form of the Torah and has been guiding us ever since. We are a people of truth and have always been. Since the days of the avos and imahos, we have been mocked and vilified. We have been accused of every crime, blamed for various catastrophes, and hated throughout the ages.

Through it all, we have survived, and today Hashem has caused us to prosper spiritually and financially as never before. We must take advantage of the blessings, recognize them, and be appreciative of all we have achieved. Like our forefather Yaakov, we should collectively proclaim, “Katontimikolhachassodimumikolha’emes,” recognizing the source of our wealth and the obligations we have because of it.

All we do must be consistent with the truth. Our Torah is a TorasEmes, our foundation is emes, and our lives must be all about emes.

Too often, we sense danger, but are unable to properly address our concerns because we aren’t honest in appraising the situation. We see ill winds blowing, but if we don’t honestly examine their roots and causes, we can’t expect to be able to defend and fortify ourselves.

Our community seeks to deal with a wide range of serious problems, including shidduchim, abuse, drop-outs, children being rejected by schools, overcrowded educational institutions, rising tuitions, inadequate incomes, high costs of living, and other vexing issues. To formulate solutions, we must be able to honestly examine the substance of the issues without being straight-jacketed by tunnel vision and political correctness. If we are not forthright in our introspection, we will be overwhelmed by the dynamics and complexities of our challenges.

People who care about the truth get upset when told a lie. People who seek the truth are not afraid of it. The truth is what strengthens them. The more the facts emerge, the clearer their focus is and the stronger their convictions are.

Contrast this approach with philosophies built on self-deception and lies. Think of those whose way of life is fraught with duplicity. These people are threatened by the truth. They are scared of the facts. They hide from reality. They crumble when confronted by it.

People who know that they are right don’t have to sweep issues under the rug. They are secure in their beliefs and do not have to resort to convoluted rationales to convey their messages. When faced with an issue, they are able to examine it honestly, allowing them to arrive at a proper solution.

Similarly, countries built on lies and tyrannical governments lock their borders. They don’t permit their people to leave and don’t allow foreigners to enter. They are afraid that if their citizens learn the truth, they will revolt, so they feed their people a steady diet of fabrications, seeking to indoctrinate them with the greatness of their government and the supposed idyllic way of life they have created. The leaders know that they must ensure that the masses are never educated about the truth.

As bneiAvrohom, Yitzchok v’Yaakov, we are heirs to a golden heritage of fidelity to the truth. We know our place in the world and appreciate our blessings. Even in success, we must remain humble, ethical and honorable. We recognize that we become smaller when we become unprincipled and untruthful. We lose when we become disconnected and aren’t able to honestly examine problems that confront us. We jeopardize our connection to the avos and imahos, and risk being separated from our foundation if we don’t follow in their ways.

Yaakov Avinu merited to grow, prosper and receive Hashem’s chesedand emes because he was all about emes. If we want to succeed as a people, as a community, and as individuals, we must do the same.