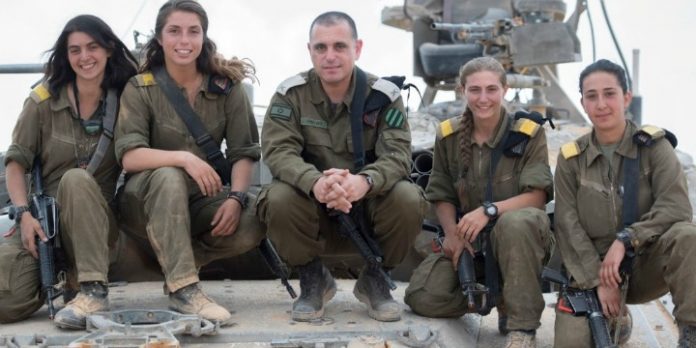 The IDF made history on Thursday when its first female tank commanders finished their training course.

The four new commanders were part of a pilot program that began a year ago with the goal of integrating women into combat positions in the IDF Armored Corps.

According to Israel’s Channel Two, the women are Noga Shina, 20, from Benyamina; Shiran Tetroashvili, 20, from Gan Yavne; Charlotte Feld-Davidovici, 20, from Tel Aviv; and Osnat Levi, 19, from Yerushalayim.

The course the woman completed was almost exactly the same as that required of male soldiers. Eleven other candidates failed to pass.

Levi said that she was following in the footsteps of her grandfather, who was in the Armored Corps when Israel was founded. “I really think I achieved a meaningful service and it’s interesting that not everyone achieves it,” she said.

“After spending so much time with tanks, I knew that this was what suited me the best,” she added. “I finished training the way I was supposed to, just like all male soldiers, at the same professional level. I succeeded in doing the exact same thing as them. I expect to see more women join the Armored Corps. It’s both meaningful service and female empowerment.”

Feld-Davidovici, who made aliyah from London two years ago, said, “My motivation is high because I made aliyah to serve in the IDF and I chose to be a combat soldier. I believe that the IDF must give a larger opportunity to women in all combat roles, in spite of the fact that the physiological makeup is different from men.”

Tetroashvili emphasized the team spirit she experienced during training, saying, “The most important thing in a tank is the comradeship between each other. We didn’t give up on each other, without them the entire experience in a tank would have been different. I got to do things that I never thought I’d be able to do.”

Shina spoke about the pathbreaking nature of her training. “This opens a door to women to take on a new role,” she said. “People around me think this is an an extremely positive opportunity because it’s the highest role of its kind, to be a pioneer and the first woman in the Armored Corps.”